In February, U.S. Transportation Secretary Ray LaHood announced the availability of American Recovery and Reinvestment Act (ARRA) funds for these projects, but it wasn’t until July 22 that the terms were finalized.

“We are using Recovery Act dollars to create jobs for breaking up freight bottlenecks that will help get our economy moving,” LaHood said in a written statement. “These projects are vital building blocks in America’s continuing economic recovery.”

The $100 million grant is from the U.S. Department of Transportation TIGER (Transportation Investment Generating Economic Recovery) discretionary program, included in the Recovery Act, to promote innovative, multi-modal and multi-jurisdictional transportation projects that provide significant economic and environmental benefits to an entire metropolitan area, region or the nation.

“We are helping to promote trade and commerce in the Chicago region,” Federal Highway Administrator Victor Mendez said in a press announcement. “Improving mobility for goods and people will lead to a quicker recovery and overall stronger economy.”

About 25 percent of rail traffic in the United States travels through the Chicago region, in some instances taking longer to transit the city than the time it took to reach it from the east or west coasts. The CREATE program focuses on alleviating major bottlenecks along freight and passenger rail corridors. The most important improvements within the program are the grade separations and the rail-to-rail connections, which will benefit highway users and permit more seamless connections between railroads.

The five projects funded by the TIGER grant are the following:

•Installation of a traffic control system at La Grange/Broadview.

•Fourteen roadway/sidewalk/curb projects as part of the Viaduct Improvement Program to enhance safety and security for motorists and pedestrians. 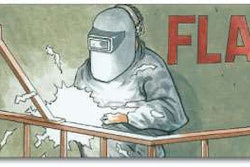 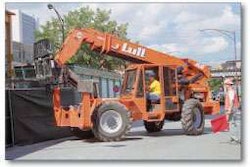 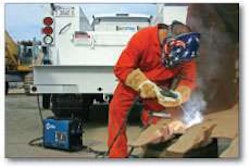