Amid all the reporting about the Notre Dame fire in the press, one fact is particularly disturbing. According to The Wall Street Journal, the fire was caused by – get this – deferred maintenance. An excerpt:

In 2013, the cathedral hired Didier Dupuy and his son to scale the building and install lightning rods at different points, including its central spire. Gaping holes and cracks they discovered in the lead roofing shocked them. Just below was a dry and dusty space of timber beams, known as “the forest,” that had supported Notre Dame’s roof for centuries.

The cause of this neglect? France passed a law in 1905 making all churches state property. Ever since, to no one’s surprise, funding for maintenance and upkeep has been constrained. In our country, the same government ownership, funding shortfalls and short-sighted thinking have led to our infrastructure crisis.

In both cases politicians deserve some of the blame, but so does the public. Today most people can’t project a thought beyond a sound bite, bumper sticker or social media post. The public fights like hell against gas tax increases and then howls about potholes and traffic jams. Cities let development run wild only to wake up a few years later wondering where all the traffic came from. Almost nobody can see the long game anymore.

Most of the great cathedrals in Europe were commissioned by kings who would not be alive to see the finished project. Notre Dame took 200 years to build. The Cologne Cathedral in Germany took 632 years. Even though life was short back then, or perhaps because life was short back then, everybody understood the long game. Today, you’re more likely to get a long-term perspective from a construction worker than a politician, professor, television commentator or tech entrepreneur – the kings of our current world.

When the high schools in this country gutted most of their vocational programs, they did more than deprive blue-collar students the skills they needed to succeed. They deprived the college-bound students – the future leadership of this country – the hands-on experiences they needed to understand the requirements and challenges of constructing and maintaining our built environments. Short-term thinking dominates in this culture because there is no penalty for changing your mind about the theories and abstract concepts they teach at universities – not the kind of penalty, say of pouring a 40,000-square-foot concrete slab only to discover it’s in the wrong place.

So Notre Dame burns over the course of one night and the world mourns. But what the general public doesn’t see is that the rest of our built environment – at least that part governed by people who’ve never done a day of manual labor in their lives – is decaying, too, albeit at a slower rate, a rate that people who work in construction understand but our leadership does not.

William Buckley Jr. once said the first 100 people in the Boston phone book could probably do a better job of running the country than Congress. I’d wager the first 100 fleet managers signed up for the next Association of Equipment Management Professionals conference would do even better. At least they’d know something about deferred maintenance. 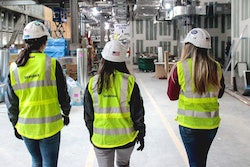 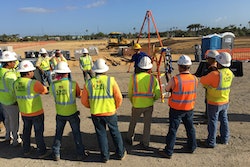 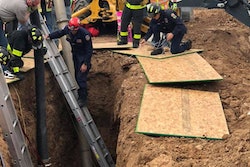