A construction worker is being hailed as a hero in the wake of a knife attack last week that could have become much worse at a University of California campus.

Byron Price was working on a remodeling project at the University of California Merced Nov. 4 when he heard a commotion in a nearby classroom and went to check on it. He suspected a fight was taking place when he entered, but instead found that a student had used a “large hunting knife” to stab another student at the start of an 8 a.m. class, according to the Los Angeles Times.

Price, 31, entered the room, intervened and was stabbed in the side by the assailant. Authorities say his actions likely prevented the attacker from killing his intended target and possibly many more people.

According to a report from the Merced Sun Star, authorities have identified the suspect as 18-year-old Faisal Mohammad. The paper reports Mohammad originally planned to “force a student to zip-tie other students to desks. He plotted to smear petroleum jelly on the floor by the door to cause a police officer to slip and fall. He then planned to take that officer’s gun and shoot numerous people inside a student dormitory.”

That plan was thwarted when Price entered the room. Though investigators did find a printout of the Islamic State flag among his belongings, the Sun Star reports, Mohammad’s attack is believed to have been personal rather than an act of terrorism.

“I really believe (Price) is a hero here. I think he prevented this first student from dying,” Merced County Sheriff Vern Warnke told Salon. “The cops on campus, oh my gosh, praise them because they stopped a threat, but this first guy, he stopped a death.”

After stabbing Price, Mohammad fled the room before running down two flights of stairs and outside where he stabbed a school employee sitting on a bench. He was shot and killed by law enforcement on a nearby foot bridge.

Price and three others were injured during the incident, but all are expected to survive. Two of the injured had to be airlifted to nearby hospitals while the other two were treated on campus. 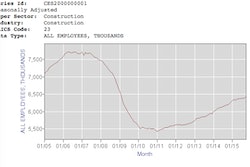 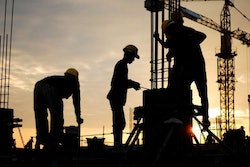 Construction deaths up 10% in preliminary 2014 report; total leads all industries