A disagreement between a construction crew and an enraged driver in Arkansas resulted in one worker clinging to the front of the man’s hood for dear life.

According to a report from Arkansas Online, police were called to a construction jobsite in Springdale after a driver who refused to drive around the jobsite hit one of the workers trying to flag him down.

The whole situation is more than a bit weird. Police say after White approached the jobsite, he drove around a worker who tried to tell him to turn around. He then “blocked a forklift from unloading pallets of sheetrock off a flatbed trailer,” by parking under the machine’s boom.

When police arrived, he “backed away from the forklift” and attempted to flee the scene before another worker “attempted to wave him off and stood in front of the Jeep,” the site reports. But White didn’t stop.

He drove directly into the worker who, “with arms wrapped around the hood of the vehicle and feet off the ground, was carried 30 to 40 feet downhill.” Here’s how White explained the ordeal to police, according to Arkansas Online:

“White told police he was trying to explain to the forklift driver how to operate so motorists could drive under him while he worked, according to the preliminary arrest report. He said was trying to find a place to park when he collided with the construction worker. He told police the man had jumped on the hood of his vehicle and he was worried other drivers would hit the man which is why he continued to drive with the man on his hood, according to the report.”

The worker hit by the Jeep plans to press charges. 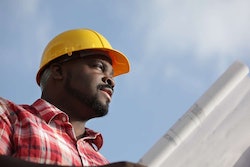 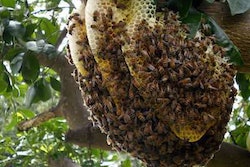