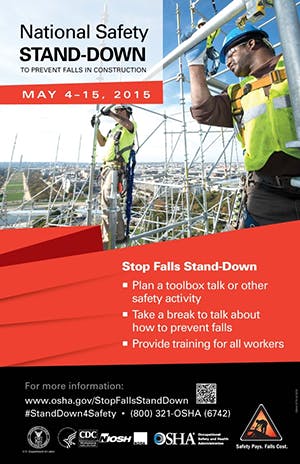 The Occupational Safety and Health Administration has announced the dates of its second annual Safety Stand-Down for construction fall prevention.

Citing widespread participation in last year’s event, OSHA has increased the stand-down from one week to two, setting the dates for May 4-15.

During the two-week period, employers and workers pause during the workday to discuss safety topics and participate in demonstrations and training on how to use safety harnesses, guard rails and other means to protect workers from falls.

“With the economy on the rebound and housing starts on the rise, now is the time to for all of us to renew our commitment to sending workers home safe every night,” Secretary of Labor Thomas E. Perez said in a prepared statement. “Last year’s Stand-Down showed us what employers and workers sharing that commitment can accomplish. Responsible employers understand that safety is not a luxury – it is a necessity.”

OSHA has also launched a website for this year’s event which provides employers with information on how to conduct a stand-down, fact sheets in both English and Spanish and other safety materials. The site also lists this year’s stand-down events which are free and open to the public.

The group said more than 10,000 employers and 1 million workers participated in last year’s stand-down, numbers OSHA would like to triple with this year’s event.

Falls are the number one cause of death in the construction industry. The two-week stand-down is part of OSHA’s fall prevention campaign which it started three years ago. 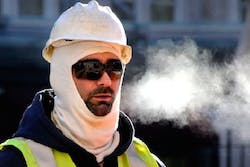 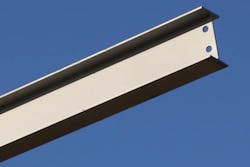 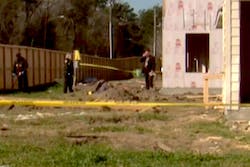