Seeking to simplify access to the wealth of educational resources it offers for contractors and workers, the American Concrete Institute announced today the launch of ACI University.

“We have a lot of great programs,” said ACI educational chair Frances Griffith during a press event at World of Concrete in Las Vegas. “But were we making them available to everybody? ACI University makes it easier to access the products and easier to understand for everybody.”

ACI University will be open to everyone, not just ACI members, Griffith said. However, ACI members will have access to free credits.

Griffith said ACI University serves as a hub for all of ACI’s educational products, offering access “anywhere, anytime and on a variety of devices.”

That last part, making sure the content could be consumed no matter the screen size, was a key hurdle for ACI to clear, Griffith said. “Most concrete professionals out there aren’t sitting behind a desk at a computer. They’re out in the field.”

To that end, ACI has released an iPhone and iPad app for ACI University available for download now on the App Store. Griffith said support for Android is, “a goal at this point.”

ACI University offers webinars on a variety of concrete topics, study programs on concrete design requirements, preparation for ACI Certification and courses on ACI technical documents. University programs are divided into three divisions: Concrete Fundamentals, Anchorage and Codes/Design examples. And you’ll be able to keep up with your progress through programs more easily thanks to a new learning management system that gives an at-a-glance view of purchased courses.

As part of the new hub, ACI has reorganized its programs, making them browsable by subject, making finding the program you’re looking for much faster than the old site. The ACI home page offers access to the University with just a single click under the Education tab.

Griffith said ACI is offering free credits to those who ask about the University at its World of Concrete booth.

ACI also announced a new certificate program today, offering an in-depth course of study on a particular concrete topic that allows the user to obtain certification upon completion of the program. The self-directed study program utilizes all of ACI’s online materials. 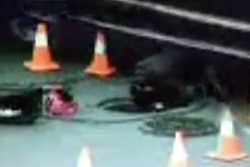 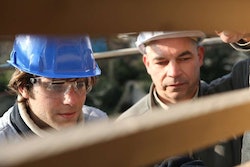 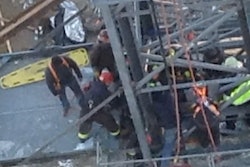