As of late, Germany has been receiving a lot of attention and praise for its dual-education system. A system the country credits for its very low 8-percent youth unemployment rate.

For comparison, as outlined in a great new article from The Economist, European counterparts Spain and Italy have youth unemployment rates of 56 percent and 38 percent, respectively. At a rate of 16.2 percent in the U.S., things could certainly stand to improve, but aren’t as bad as most Euro countries.

Germany credits its focus on vocational education for its low youth unemployment rate and recently signed agreements with Greece, Italy, Latvia, Portugal, Slovakia and Spain to help those countries set up dual education systems of their own.

According to The Economist report, two out of every three young Germans enter the vocational education system for apprenticeship into 350 jobs. The system is directed at youths who aren’t interested in or who can’t qualify for college. Once they enter the system, they work three or four days a week in a particular job where they are trained in that profession’s skills.

At the same time, they take relevant courses at a vocational school. After about three years, the students are certified in their trade and typically end up with a job.

The Economist debates the merits and disadvantages (some argue vocational skills learned early become obsolete at a faster rate) of a dual-education system, so be sure to read the full article.

However, our own executive editor Tom Jackson is convinced the Germans are on to something. As he argued in an editorial shortly after visiting Munich’s Bauma heavy equipment trade show back in April, the Germans are doing a great deal more than most countries to get teens interested in and excited about construction work and other trades.

At Bauma, the German Engineering Federation bused in 10,000 teens to as part of its Think Big program. At the show the teens could ” play with simulators, computer animations, engine diagnostic tools and video games designed to show them what it’s like to work with today’s high-tech construction equipment.” And after the hands-on experiences, “employees from Caterpillar, Volvo, Wacker-Neuson and other OEMs gave presentations about their machines and job prospects for future technicians.”

Maybe a carbon copy of Germany’s dual-education system is the right fit for America. But doing more to educate and excite teens and young adults on the prospect of a career in construction or another trade couldn’t hurt. 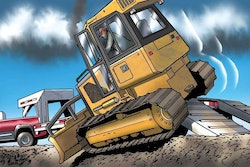 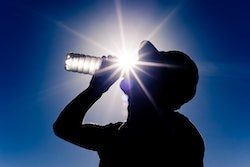 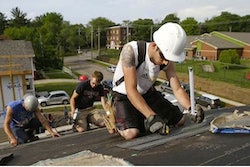