Just like their counterparts in Minnesota and other metro areas across the country, construction companies in California, particularly home builders, can’t seem to find enough workers to fill growing demand for work, reports the Los Angeles Times.

The main reason for the struggle is the same too. In the wake of the housing bust, construction employment in California plummeted 42 percent from its 2006 peak to 544,700 workers. And many of those workers simply aren’t chancing their livelihoods by coming back to the industry.

“I love construction, I love building,” former house painter Alan Schaffer told the LA Times. “But I can’t have a job that pays me $50,000 one year and zip the next. I need to be more financially secure.”

In the past, construction workers have been able to elude the problem of regional employment slowdowns by simply moving to a new city and finding work there, or simply waiting them out. But the recent bust was so severe, and so widespread, that waiting or moving did most no good at all.

“The problem, frankly, was those skilled workers—and that whole labor pool—was not able to remain unemployed for five years,” Mike Winn, chief executive of the California Builders Association, told the LA Times.

Compounding the problem is the fact that companies in California say they can’t afford to pay what they were before the bust due to higher land and materials costs. Despite the fact that a labor shortage typically means those who are hired on will be paid more, hourly pay for construction workers when adjusted for inflation was $11.22 in 2012. That’s down 3.1 percent from 2009.

Danny Fregoso a supervisor for Joseph Holt Plastering Inc. of Corona, California said he made $26 an hour at one point before the bust. Now he makes $16 an hour.

Then there’s the tougher enforcement of immigration laws. At the housing boom’s peak one quarter of all construction workers in the U.S. were Latino and most were immigrants. As the flow across the border has slowed due to tougher enforcement, the workforce has shrunk.

As is the case elsewhere, many are advocating that California join states like Alabama, Georgia and Missouri in marketing efforts to entice workers to the construction industry. However, in order to create a sustainable flow of workers, marketing the industry to younger Americans and students is likely still the best option. 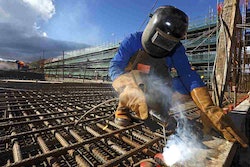 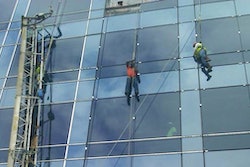 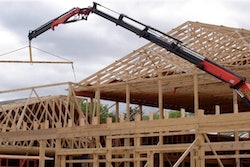