MORE2 Executive Director Mary Lim-Lampe states, “On December 1, 1955, an unknown seamstress in Montgomery, Ala. refused to give up her seat on a bus to a white passenger. So began the Civil Rights Movement when Rosa Parks was arrested and fined for violating a city ordinance. Her single act of defiance has represented courage that ended legal segregation in America and made her an inspiration to freedom-loving people everywhere. MORE2’s Rosa Parks Award is given to individuals or companies who exemplify the courage to stay the course and change the inequity in the metro area.”

Just over two years ago, Jones, 28, who has two children, was working construction jobs that paid cash and provided no benefits. Jones was then hired by Paseo Corridor Constructors to participate in the On-the-Job Trainee Program offered through the Missouri Department of Transportation’s kcICON Project.

MoDOT provides up to $1.25 million for kcICON Project workforce training. This training is designed to create opportunities that will grow a more diverse workforce in the Kansas City region and to increase the number of minority, female and economically disadvantaged individuals working across the state of Missouri. There are currently 35 On-the-Job Trainees employed on the kcICON Project. Jones is one of 14 individuals to date who have graduated from the program.

Jones, now a Quality Assurance Technician, has completed over 2,000 hours of training in heavy highway construction. During his acceptance speech, Jones said, “It feels good to go from having a job to having a career.”

Jones thanked MORE2, MoDOT and the supervisors and co-workers at Paseo Corridor Constructors who have guided him through the training process. “I am grateful for the support I have received on the project, and grateful to be able to represent others, like myself, in the community who can excel if given the chance.” 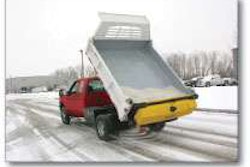 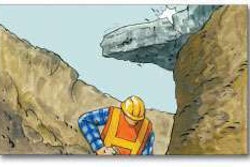 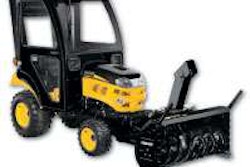