VMAC just made its direct-connected DTM70-H multi-power PTO system for Ford work trucks even better with the addition of variable on-demand air flow.

The DTM70-H was introduced back in 2017 as the first hydraulics and compressed air PTO system that uses a direct-drive connection. Unlike shaft-driven PTO systems, the VMAC DTM70-H mounts directly to Ford’s 6- or 10-speed TorqShift automatic transmission and does not require modification of the transfer case. 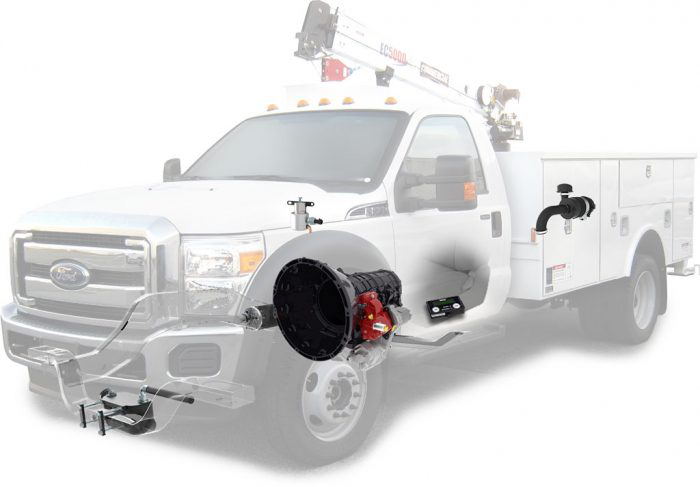 VMAC says that beyond the fact that drive shaft modifications of this kind are known to cause alignment issues, the DTM70-H also reduces installation time by up to 30 percent, takes up no deck space and reduces GVW by up to 600 pounds compared to other hydraulic systems.

So, it was already a very good product.

Now, VMAC says it has been able to give operators even more reason to equip their trucks with a DTM70-H thanks the inclusion of variable air flow through to a new intelligent throttle control system.

VMAC says a similar variable throttle control is being used in its Underhood air compressors and works by idling the truck’s engine up and down to match air demand.

So why didn’t VMAC just put this throttle control on the DTM70-H back in 2017? Well, unlike the Underhood systems, which only provide air, the DTM70-H provides air and hydraulics for cranes and other hydraulic components. VMAC had to figure out how to provide variable air flow by idling the engine up and down without disrupting the steady hydraulic flow that cranes require.

“Cranes require steady hydraulic flow, while air systems can benefit from adaptive air-on-demand control, providing maximum air flow only when it is needed. Combining both these functions into one sophisticated system gives operators the best of both worlds,” says Chris Moyse, VMAC engineering lead for the DTM70-H. 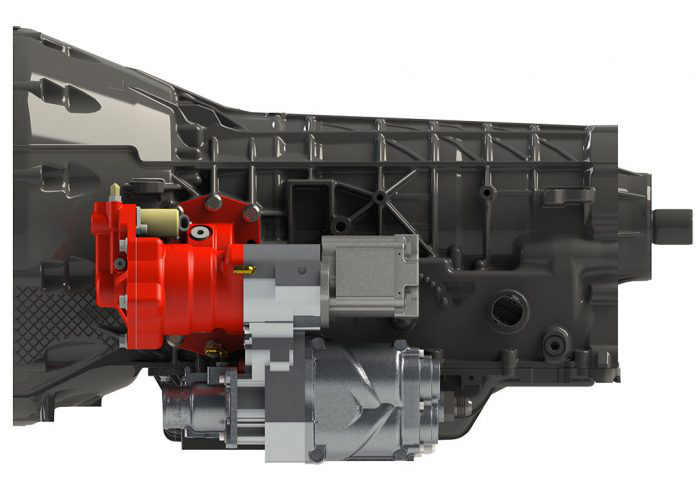 The DTM70-H also allows operators to switch between fixed and variable operating modes. Here’s VMAC’s summary of the two modes:

The only catch is that if you want variable air flow, you’ll need a new Ford truck. The new intelligent throttle control with priority flow control is only compatible with 2020 model year or newer Ford F-250 to F-550 Super Duty work trucks. The standard DTM70-H configuration is available on 2017 models and newer.

You can see the full max flow capabilities in the chart below.