Honda unveils autonomous construction robot, wants your input on what to do with it

The average OEM develops a new product in secret and then reveals it to you in the final version. But Honda is not average. They’ve developed a modular autonomous/robotic vehicle platform and put it out for all the world to see, experiment with—and develop applications for.

The Honda Autonomous Work Vehicle will debut at next month’s Consumer Electronics Show 2019, but it’s less of a consumer product than it is an invitation for other manufacturers to get creative.

Designed by Honda R&D Americas, the Autonomous Work Vehicle is based on Honda’s All-Terrain Vehicle 4WD chassis and features GPS- and sensor-based autonomy capable of guiding the unit in almost any environment. A rail-based accessory mount system and onboard power plugs open up almost limitless opportunities for work tools and attachments.

For directional guidance, the Autonomous Work Vehicle can be programmed in a “follow me” pattern or a pre-determined route from point A to point B. According to the company, its compact size and off-road capabilities make it well suited for everything from dense forests to urban pedestrian zones. Potential applications include construction, firefighting, agriculture, landscaping and snow removal.

Honda debuted a beta version of the Autonomous Work Vehicle last year at CES 2018 and garnered a variety of potential developers who put it to work in large-scale solar operations, firefighting and agricultural research. The company will share the results of these tests at the CES 2019.

In the firefighting application the Autonomous Work Vehicle was outfitted with a gear rack that relieved firefighters of carrying the 60 pounds of equipment they normally have to tote through the woods on their back. In agriculture, the robot was used to quickly transport picked vegetables from deep in the fields to the processing stations as well as in spraying applications for weed and pest control.

Business and technology partners who are interested in collaborating with Honda on developing applications for the Autonomous Work Vehicle should email AWV@hra.com. 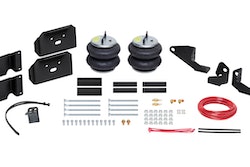 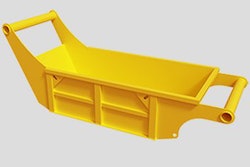 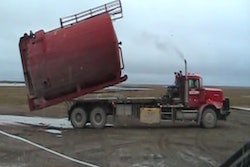