Felling redesigns IT-I tilt trailers for strength, ease of use

Felling has revamped its IT-I Series tilt trailers for 2020 to make them stronger and easier to use.

Among the advancements are a redesigned hitch area with a more user-friendly, integrated nose plate and a tilt deck latch design that is easier for the operator, the company says.

Felling also placed the eight D-rings on the sides of the trailer bed on the widest point of the deck instead of on the rear of the tilt deck, making it easier to tie down loads.

The company redesigned the cylinder lugs for added strength where the cushion cylinders attach to the cross members.

It also incorporated the dual-stop, turn and taillights into the standard design, which protects the lighting system from damage when loading and unloading equipment, the company says.

Felling provides several options, including a stationary platform (with 10 D-rings), fork pockets, and spare wheel and tire mounts. A gooseneck coupler hitch option includes a toolbox between the uprights along with dual jacks.

In its redesign of the series, the company also made changes to specific models:

Specs for the other models in the series:

To watch a demonstration of the IT-I’s drop deck, see below: 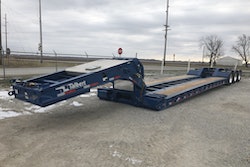 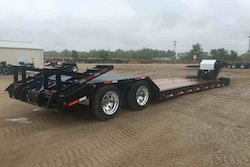 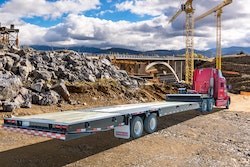