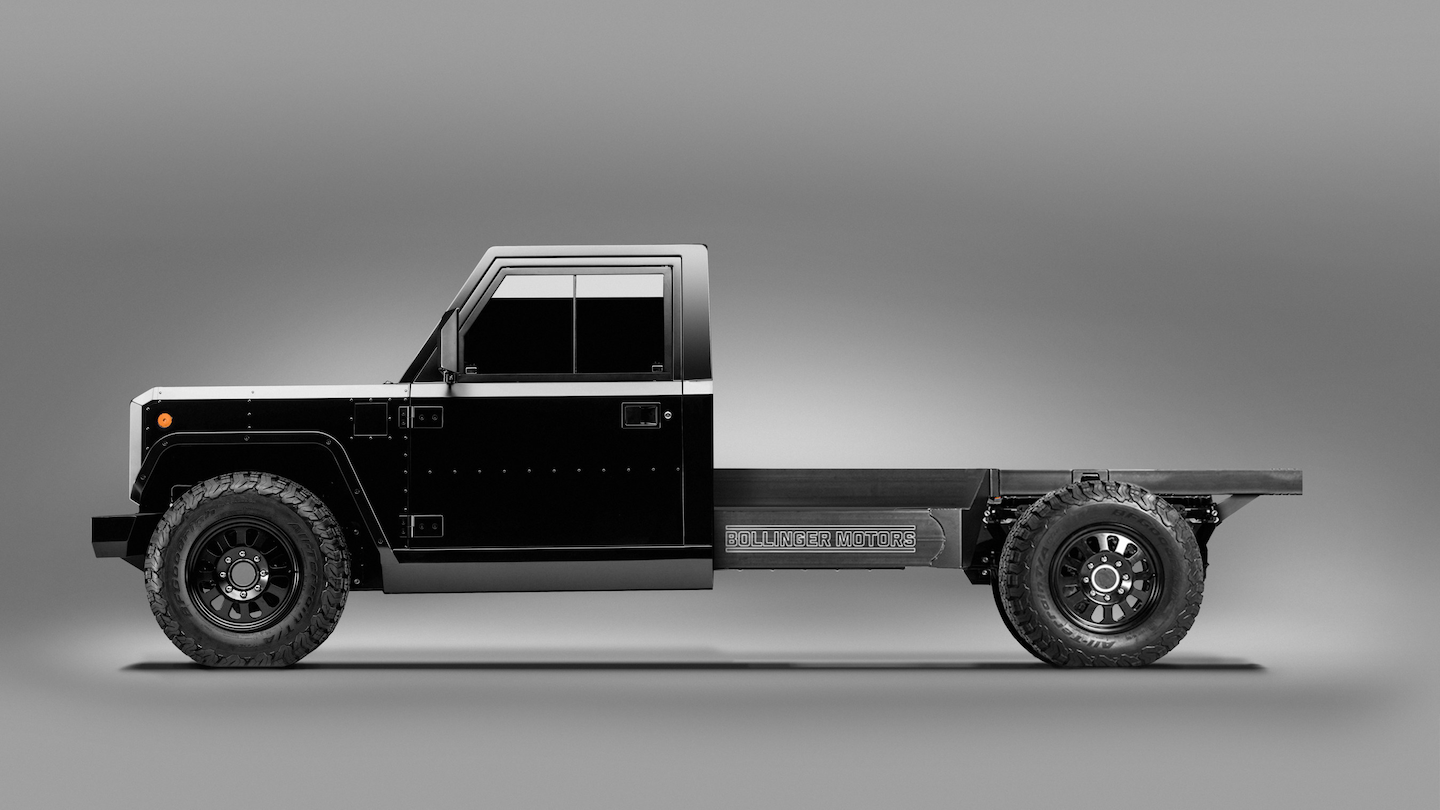 Bollinger Motors, a U.S.-based company headquartered just outside of Detroit, said its plans to produce and sell a fully electric chassis cab truck.

The Bollinger B2CC would be the first all-electric Class 3 chassis-cab truck platform, and will be built on the company’s patent-pending E-Chassis all-wheel drive base, and available in 2- and 4-door cab configurations and in multiple wheelbase lengths.

The chassis cab is derived from Bollinger’s B2 truck platform which it unveiled in October of last year.

Powered by a 120 kWh battery pack, company CEO Robert Bollinger said the dual motor truck would boast a 5,000 lb. payload capacity – a dip from Isuzu’s Class 3 FTR, which features a payload of up to 7,000 pounds, but a slight uptick over Ford’s Single Rear Wheel Super Duty chassis cab F-350.

Bollinger expects the B2 Chassis Cab to be made available to commercial outfitters late next year in both full- and cutaway-cab.