Thieves targeting Ford F-Series trucks in Tulsa, Oklahoma have been using a screwdriver to gain access into the locked pickups in a matter of seconds.

Tulsa police report that it appears thieves may have found an easy way to gain access to Ford trucks. By using a screwdriver to penetrate the plastic door latch housing, thieves on Friday broke into an F-150, F-250 and F-350, fox23.com reports.

Some of the items that were stolen include a pistol, hunting gear and $2,500 in equipment. One victim was particularly upset after learning that thieves made off with his grandfather’s sharpening stones and a deer call made by his daughter.

At least one victim blamed poor lock design for the thefts. Hard Working Trucks reached out to Ford for comment.

“Ford vehicles, including F-Series trucks, offer the latest in antitheft technologies and features to help provide customers with peace of mind for the security of their vehicles and belongings,” Ford’s North America Product Communications Manager Mike Levine said.

“Ford continually monitors the performance of its vehicles and is confident locking mechanisms work properly in all of our vehicles. But, like any lock, thieves can overcome them.”

Auto lock protection company Jimmi Jammer reports on its website that thieves armed with only a screwdriver can quickly pry up the plastic housing of the door latch on Ford trucks, turn the lock rods and gain entry. The truck is damaged in the process.

Jimmi Jammer sells kits which feature metal plates that mount inside the door frame, behind the door latch and prevent thieves from forcing a screwdriver into the lock housing. One such kit on eBay designed for a 1999-2015 F-450 sells for $63.63. 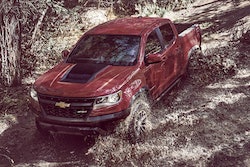 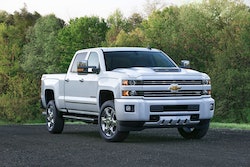 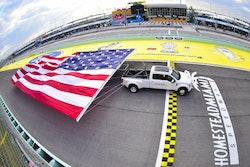