Don McLoud
Oct 19, 2022
Most cellular carriers have terminated their 3G networks, with Verizon scheduled to follow suit by the end of the year. The sunsets render telematics devices on 3G networks useless.
Getty Images

Providers of telematics for construction equipment have been in a rush over the past year to make sure their customers’ systems are updated before 3G networks end and fleet management systems go dark.

So far, AT&T, Sprint and T-Mobile have terminated their 3G networks. Verizon is the final holdout, with plans to sunset its 3G by December 31.

Since learning of the 3G sunset in 2019, telematics providers have been alerting contractors and fleet managers around the country to be prepared. That came to a head at the end of 2021 and into this year, with AT&T’s deadline looming in February 2022.

Telematics provider HCSS had 17,000 devices, most of which are on AT&T’s network, it had to get upgraded before the sunset.

“You run a report and you see 17,000 devices, and you see that you’ve got two and a half years to do it,” says Phillip Robinson, HCSS Telematics product manager. “That sounds like a long time, but it doesn't feel like a long time when you're reading that report, especially when your customers operate 24 hours a day and that machine data is something that they rely on.”

The solution was to offer its 4G-compatible telematics units to customers on 3G systems. In early 2021, the company began calling its customers to let them know of the available upgrades. It also posted notices to its website for several months.

“A lot of our more tech-forward customers heard about it in the news and would call us and inquire,” Robinson says.

In the 12 months before AT&T’s 3G sunset, HCSS had converted 90% of its customers to 4G-compatible systems. But that still left some holdouts, and some who just failed to act before it was too late. The scarcity of microchips also made the task even more difficult.

“We did have some companies that did have some units to go dark on them just because of the sunset, and we had to overnight or come up with some rapid shipping options for them to get their fleets back up,” Robinson says.

“It's essentially like driving into a tunnel with your cellphone. There is no network,” Robinson says in describing what happened to 3G devices caught in the sunset.

While those fleets were down, there was also concern about equipment theft and the inability to track it. “In the unlikely scenario something gets stolen, I won't be able to recover it,” he explains. “That was a big concern for us.”

Now, all of HCSS customers on 3G have made the switch to 4G with a few exceptions.

“We still have some 3G units in operation and some customers that are going to wait till they go dead to replace them,” he says. “Anybody we have left right now is aware that they're left, and they're choosing to do that.”

What if you’re still on 3G?

In some pockets, AT&T 3G networks are still active. But their time is limited, as AT&T continues to shut down its cell towers’ 3G signals. He expects those areas will lose service in the next several months. “Until they get around to decommissioning that hardware, those units will still work as long as they stay in that location.”

Telematics customers of Verizon-based networks will need to act soon if they haven’t already. The telecommunications company, which also provides telematics through its Verizon Connect products, is urging fleet owners to contact their telematics providers to make the switch to 4G devices.

Verizon Connect offers the following advice to those still on 3G networks:

Reach out to your current provider to check timelines and requirements based on your unique business size and makeup.

Learn the benefits of 4G LTE hardware versus 3G for your particular organization.

Take inventory of your vehicles and devices that are currently on a 3G network.

Catalog all your vehicles (including VIN, year, make and model) and have the list ready to give to your provider.

If you’re changing providers, make sure you choose a carrier with experience in reducing costs and improving fleet efficiency.

Ensure the solution you chose is scalable and that you have the right support.

Start a migration plan with your chosen carrier.

How long till the 4G sunset?

The sunset of 3G is designed to make way for high-speed, more powerful 5G networks, which are in the process of being rolled out.

Which leads one to ask, how long will 4G be viable?

Robinson expects AT&T’s 4G network to be around at least until 2027. In his experience with 2G’s sunset and now 3G’s end, Robinson says AT&T sends out an alert two years or so before sunset.

“So I imagine that when we eventually retire 4G and we have national 5G coverage, that will probably be a similar situation,” he says. “We'll be expecting a letter a couple of years out.” 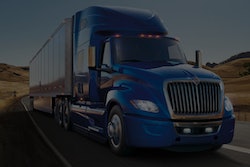 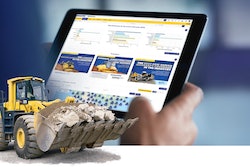 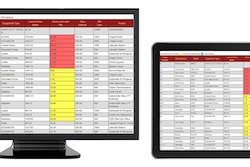