The ruggedized phone has seen a resurgence of product releases this year, and this time a seemingly retro product – yesterday’s flip phone – is getting a new look. We’ll first look at the newest offering in this category and then review the other ruggedized phones that have made headlines this year.

The siren call of smart phones has frustrated many construction supervisors observing crew members on their phones instead of working. One possible answer: ban smart phones and require a flip phone.

There are a couple of options out there, including the just-released $234 Cat S22 Flip, an Android 11 Go phone that runs on T- Mobil’s 4G LTE network.

“It really simplifies what a phone should be,” says Adrianne O'Hare, senior manager, brand marketing for Bullitt Group, the Cat phone licensee. “It has all the same rugged features and credentials that you would expect from any Cat phone."

The S22 is simplicity and functionality wrapped up in an exterior designed to take on construction. Drop-proof, dust-proof and waterproof, the S22 offers voice and text, fast internet browsing and access to essential apps. Users have access to email, camera, social media, maps, search, talk-to-text and Google Assistant.

“There are a lot more businesses that are looking to go into a low-cost device that’s easy to use and offers fewer distractions,” O'Hare says. “Android Go is like a hybrid version between what’s available on a traditional flip phone and a smart phone.”

The essentials of the familiar flip design are still there: no calls when closed, so no need to worry about accidental dials. When closed, the front window gives you at-a-glance date, time and battery life. The S22 also has a large glove-friendly keypad, a dedicated programmable side button for push-to-talk capabilities and amped up volume that gives you the ability to hear in noisy environments. The 2,000-mAh removable battery lasts “an entire day and beyond,” Bullitt says.

The phone meets toughness standards, including IP68 ingress protection and MIL SPEC 810H certification. Waterproof to 5 feet for 35 minutes, it has also survived repeated drop testing from 6 feet onto steel on every side and corner,  and the hinge has been tested 150,000 times, Bullitt says. The 2.8-inch internal touch screen is protected by Corning Gorilla Glass 5 and optimized for use with wet-finger or glove-on working technology.

“The large keys were important since those in the field are always wearing gloves,” O'Hare says. “You don’t have to worry about taking off your gloves or if you’re in a wet environment.” The S22 can also be used in potentially hazardous work environments and is certified to be non-incendive, Class 1, Division 2, Group A-D, 4T.

Although the Cat S22 is available only on T-Mobile at present, Bullitt says it is in discussions with other partners.

The unit also has a larger battery that offers 15 hours of talk and 440 hours of standby.

The XPSplus is compatible with a range of industrial-grade accessories, including headsets, remote speaker microphones and vehicle mounts. It has an 8-megapixel front camera; non-camera models are available.

Drop-proof and waterproof, the XP3plus withstands falls onto concrete from about 5 feet and can be submerged for 30 minutes in 4.9 feet of water. It operates in temperatures ranging from -4 degrees to 131 degrees Fahrenheit.

This thermal imagery can also be blended with images from the phones 12MP dual-pixel Sony camera or used with FLIR's variable intensity multi-spectral dynamic imaging technology, which overlays linear detail from a scene onto the thermal image.

The military-grade Cat S62 doesn't have the FLIR camera but does offer both heft and sleekness. Bullitt says the phone doesn't have the rubber overmolding or raised edges of the S62 Pro but "it's got the same rocket engine."

Its 4,000-mAh battery can last for up to two days before needing a charge. The phone, priced at $498, includes a fingerprint sensor for security, login and remote payments. 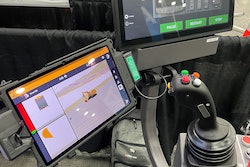 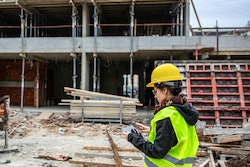 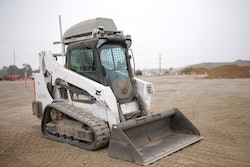