Imagine a time in the very near future when your hand-held concrete drill contains the entire layout of a job in its CPU and guides you to exactly where the holes need to be drilled. You never have to measure or use a chalk line or set the depth of the drill. It knows where to drill, how deep and everything it needs to know about the job.

That’s the vision sketched out by Prakash Iyer, vice president of software architecture and strategy at Trimble navigation, a constellation of key technologies are set to completely change how we perform construction in the very near future.

Iyer outlined his ideas as the keynote speaker at the Association of Equipment Management Professionals Equipment Shift Conference, being held this week in San Antonio, Texas. These technologies are already here, Iyer says, and big changes are underway as these diverse applications are blended together and supported by the almost limitless capacity of cloud computing.

Of the 10 key technologies Iyer mentioned, four are prominent. These include artificial intelligence, the Internet of Things, computer vision and augmented reality.

“I don’t like the term artificial intelligence,” said Iyer. “I prefer machine intelligence. There is nothing artificial about it.” AI or machine intelligence, has been around for decades, he says, but it wasn’t until the advent of cloud computing that the data collected by “learning” machines could be processed fast enough to deliver actionable results. “By 2020 a smart phone will have more computing power than today’s super computers, and that will enable a lot of AI,” he says.

The Internet of Things or IoT is also getting a boost from cloud computing, Iyer says. “Soon there will be 1-trillion connected devices in the world constituting the IoT,” he says. “That’s 140 devices for every human being on earth.”

Computer vision is a technology most people are already familiar with, in that many new model cars already have lane departure warnings and front object detection systems built in. “Your car is now a thinking machine, constantly looking at the surroundings,” Iyer says. “The new Tesla has eight surround cameras, eight ultrasonic sensors and forward radar systems giving it complete vision,” he says.

This data, combined with onboard computers and cloud computing will enable transportation planners to predict road conditions and transportation demand and make adjustments to traffic flow in real time. Big mining trucks are already using the same sensor and detection technologies that Tesla uses, Iyer says.

Iyer defines augmented reality as a fusion of the physical world and the digitally designed world. He cites the collaboration of Trimble with HoloLens and Microsoft which created a set of goggles that when worn, gives the viewer a 3D image of a digitally designed building, civil engineering project or mine. Viewers can walk around inside the digital buildings, see through walls and discover design flaws or conflicts that might not be apparent in 2D drawings.

The other six technologies Iyer mentioned include:

Iyer also mentioned the potential for sensor and AI integration as creating a revolution the entire supply chain. The example he gave is a 3D building model sending info to fabricator who puts sensor on the components that schedule when and where the component is delivered. The fabricator makes components exactly as they are needed and delivers them just in time and in the right order so everything on the site flows logically and efficiently. 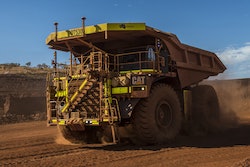 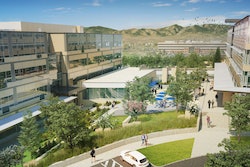 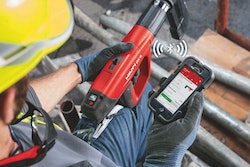