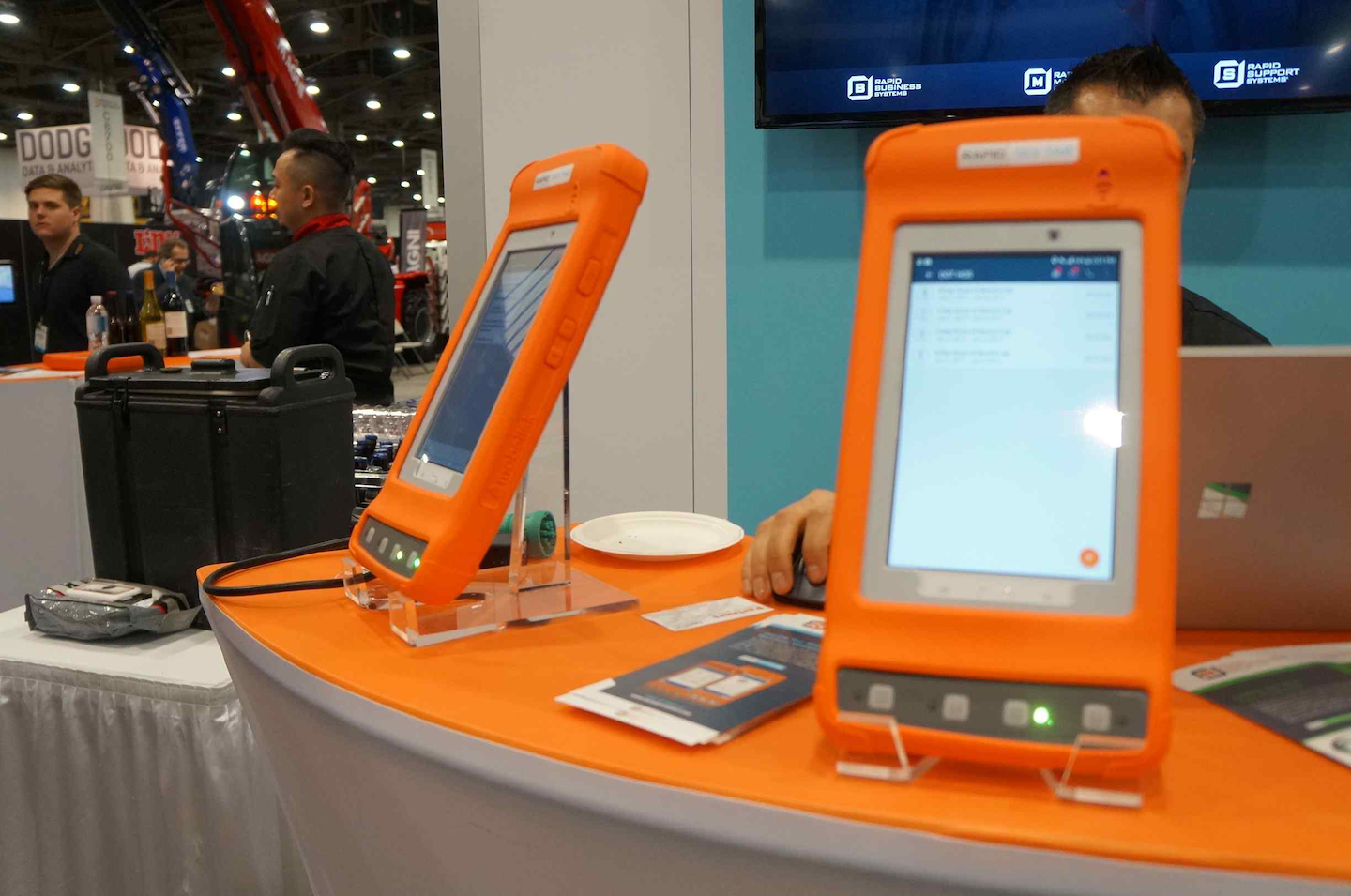 Using an off-the-shelf tablet, and then adding a case that is half-Otterbox, half-Mophie, tech company Mobelisk’s Chimera Smartcase is designed for applications where drops and bumps are just part of the job. “In a nutshell, what we do is take an existing tablet, such as the Samsung Galaxy Tab 4, and then add a customizable case for harsh environments,” says Dennis Hamann, Mobelisk founder and CEO.

The result, says Hamann, is a flexible, modular and durable solution that can be customized for companies that want their field forces to use tablets. More than just a durable base, Chimera can be fully integrated with a user’s proprietary applications through the Mobelisk software development kit integrated with the case. Four programmable LED “enterprise appliance buttons” at the bottom of the case help streamline application use by field employees. Add-on peripherals include barcode scanners, magnetic card readers, RFID scanners, a secondary rechargeable battery and quick-connect vehicle mounts.

The first integrated user of the Chimera Smartcase is Rapid Applications Group (Rapid Apps). The concrete pumping software and GPS telematics solutions company has created what it calls the Rapid Go! Tab using the smartcase, which the company debuted at the recent World of Concrete. Rapid Apps says it’s the first solution to deliver always-connected mobile workforce management to the concrete pumping industry. Hamann calls Rapid Apps a “great partner to make the first big splash with our platform.”

The Rapid Apps case shows off the Chimera’s customization capabilities, Hamann says. “We added an extra boot, which is like an Otterbox, that greatly increases the shock resistance of the device.” The case more than doubles the battery life of the tablet, giving the device close to 10,000 milliamperes of power. “That’s more than enough to take you through a multi-shift day,” Hamann says.

On the Rapid Apps device, for example, a green light on one of the buttons indicates that the operator is clocked in. The device then tracks the route of the concrete pump truck takes throughout the day. When there are weather alerts, one of the buttons flashes; the operator simply presses that button to get the alert message.  And when an operator reaches the job, he pushes a button on the device to date and time stamp his presence. “In concrete pumping, there are expensive liabilities associated with point of presence,” Hamann explains. “If you don’t show up when you’re supposed to be there, you’ve bought the crew.”

The Rapid App use is just the beginning for the construction industry, maintains Hamann. “You see a lot of devices out there that have the durability for the construction market, but they’re expensive and inflexible,” Hamann says. “We created a solution that is highly programmable, tailorable and with four LED buttons that can be incorporated into the software you’re using. Every button can be programmed to perform a certain function. You can even customize the color and blinking pattern for each button.”

The cost of a total Chimera device will vary based on how many features you add. First, there’s the cost of the 7-to 8-inch tablet (Samsung tablets, for example, run around $200-$300, depending on the model). The Chimera will cost another $200 to $1,000, making the total per unit cost ranging from $400 to $1,300, again depending on the peripherals—such as a bar code reader—that you add. A chip reader is in the works; other peripherals are up to customers, according to Hamann: “We have our own microprocessor in there, so as long as we can get a component that talks to an USB, we can create an end cap for them.”

The basic case comes with the four appliance buttons “because everyone needs these in some form or another,” Hamann says. The starter case also come with a standard double battery life, three side control buttons, and shock and vibration resistance. The device weighs 1.9 pounds and is 12.5 x 6 x 1.25 inches.

While Mobelisk is operating system agnostic, Hamann says the company is seeing most demand on the Android side. “It seems to be where the market is, so that’s what we’ve focused on,” he comments, adding that the company expects to make some announcements on different packages within the next 60 days.

“We can go to other verticals and do the same thing that we did with Rapid App,” Hamann says. “Really, a perfect application for this product is where there are job-based assets moving around that involve navigation and communication from a central dispatch.”