Weeks after announcing a collaboration with Topcon in order to integrate the device with that company’s positioning solutions, augmented reality company Daqri has revealed the next generation of its Smart Helmet.

Maybe the most notable difference with the design of this new Smart Helmet, a hard hat with a “4D” visor that overlays data and media directly into a worker’s field of vision, is the blue anti-reflective coating on the visor itself.

But inside, the new version boasts a new processor making possible new capabilities over its predecessor.

That depth-sensing improvement is a big deal for a device of this type. Designed specifically for construction, manufacturing and other industrial uses, the Smart Helmet uses a combination of sensors and cameras to analyze and detect objects and other context from a worker’s surroundings and displays data based on what it sees.

Daqri says the Smart Helmet has been in the pilot phase with Fortune 100 partners across industries including aerospace, construction and oil and gas, and will be available for purchase by the end of Q1 2016. 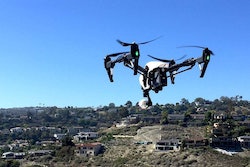 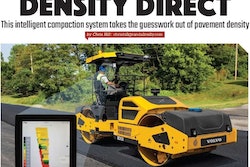 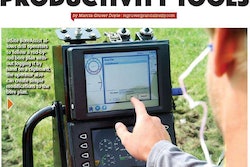