If Big Brother isn’t watching you, he should be. And you should be glad he is.

The revolution in digital technology and telematics has created new products that can monitor drivers and equipment operators, score them on how well they’re doing and help you coach them to become better and safer drivers. And just recently Caterpillar announced a similar system for use with operators in trucks and off-road equipment.

Also, we’re seeing some interesting collision avoidance technology migrate into the trucking and construction space. And while these by themselves don’t involve driver monitoring and coaching, they can be used in conjunction with these systems.

But first let’s look at how this monitoring and performance-coaching technology is helping the trucking industry.

Driver monitoring and performance systems start with a pair of digital video cameras, one facing the driver, the other facing out the windshield, and a variety of accelerometers. The cameras work like a DVR. They’re always recording, but only saving video when an event or anomaly occurs. This may be an event such as hard braking or a sudden swerve, or excess speed. Once that happens the camera will save the video a few seconds before and a few seconds after the incident.

After an event occurs the video is offloaded from the vehicle to the service provider’s review center. At the review center, trained experts note specific observations related to the video content. These are scored for risk and sent back to the customer for use in coaching the driver or operator. When you buy one of these systems you get a turnkey solution: the hardware that goes on the truck as well as the scoring and review service, which is typically sold as a subscription from the same company.

“In some cases if a car swerved in front of the truck and the driver had no recourse but to slam on the brakes, that kind of information may not be passed along to the customer,” says Greg Lund, director corporate communications at Lytx (as in ana-lytics). “In some cases however clients want to see the near-misses, to reward the driver for avoiding a collision. So we do pass along near-misses too. But if the truck driver were following too close, or he was not paying attention to the light, or he was somehow distracted in the cab, that information will be noted and filed.”

Independent, actuarial studies have shown that of all the accidents involving commercial trucks 81 percent were not the fault of the truck driver.

The review centers track as many 100 behaviors and use predictive analytics to put two or three behaviors together like speeding or following too close or not looking far enough down the road and anticipating changes, says Lund. When those behaviors are run through algorithms you get feedback or advice on how likely it is that a driver will be involved in a future collision. With that information you can then coach that driver and reduce the likelihood of future collisions.

“Ultimately the client gets the video clips that we feel would benefit the driver in coaching,” Lund says. “Each driver complies a score and with predictive analytics you can determine which drivers are doing good, and which need coaching on certain behaviors.”

At first glance a lot of people might think systems that record what the driver is doing are like Big Brother watching over everybody’s shoulder. But it’s not hard to dispel that objection.

“This is not designed as retribution,” says Mike Baker, vice-president worldwide sales, SmartDrive, “but to help them become a safer and more professional driver. In some cases this could be used as an incentive for the driver, to increase wages, or be recognized as one of the safest drivers, but most of all get home safely every day or after every trip.”

Communication is the key to getting drivers and/or operators to embrace the technology, Baker says. “We’re very diligent about helping each and every customer in their communication plan before we ship a unit. This is so their drivers clearly understand what the solution is for, how it can help them, how it can exonerate them and how it can protect the name brand of the company they work for.”

By emphasizing the fact that driver scoring can be used to teach drivers how to improve their skills and by linking improved driver scores with bonuses or recognition you will go a long way in dispelling the Big Brother perception, Baker says.

The reality, Baker says, is cameras are everywhere and many owner-operators are installing their own dash cams to exonerate themselves in no-fault situations. Independent, actuarial studies have shown that of all the accidents involving commercial trucks 81 percent were not the fault of the truck driver, Baker says.

Truck drivers have distractions, but what Caterpillar is honing in on these days is not just distraction but driver and operator fatigue. The Fatigue Risk Management System (FRMS) the company recently launched shares many of the same elements as the driver monitoring and performance systems mentioned above and adds an additional twist–wearable devices.

The wearable device is called the Smartband, seen above. This wristwatch-like device is worn by the operator or driver and keeps track of his or her work schedule, waking and sleeping periods. The data it creates is incorporated into a fatigue-avoidance scheduling tool that can help managers schedule workers for increased safety and performance.

Additional elements in the system include full-face or eye-only video recording any time there is an anomaly; configurable speeding, hard braking and swerve detection, and customizable alerts and configurations.

Like the distracted driver systems, Cat pushes all this data into a 24-hour monitoring and event classification system. Reporting and analysis can be custom tailored to your company’s needs and used for training, operator coaching, education and site-level recommendations. The company’s consultation and training services include things like sleep disorder screening, leadership coaching and cultural elements.

The FRMS program emerged as part of the alliance between Caterpillar and a London, England-based company Seeing Machines announced in May, 2013. For more information go to: safety.cat.com/fatigue.

Another technology you should be looking at to improve the safety of your trucks is collision avoidance.

Meritor WABCO‘s OnGuard Collision Mitigation System debuted in 2007 for Class 7 and Class 8 trucks and just this fall the company expanded its offerings to include the medium duty truck market. OnGuard uses radar to detect objects ahead of the truck and measure the truck’s position in relation to other vehicles on the road. If it detects the possibility of a rear end collision it can alert the driver with audible and visual warnings or reduce the engine torque and engage the brakes automatically.

OnGuard also uses adaptive cruise control to help keep drivers at a safe distance from others regardless of speed, and it can be used with Meritor WABCO’s ProView Performance Management System. ProView can be used with OnGuard as a trigger to capture video for use in driver coaching and accident reconstruction video.

Fleets that use this technology to compile overall company wide scores and coach on a regular basis will see a consistent improvement in driving skills for their whole fleet, Baker says. “In studies we’ve done, for every 10 percent improvement in a driver’s safety score they are going to get an 8.2 percent reduction in their collision frequency rate. That’s a huge number when you start putting the dollars to it,”
he says.

That savings has a substantial impact on ROI. “They will be able to reduce their collision frequency rate by 50 percent and the collision costs by 70 percent,” he says, Baker says.

While driver cameras and distracted driving technology may have started in the big rig, long haul market, the market for smaller commercial vehicles and vocational trucks is healthy as well.

Step vans, utility vehicles, and pickups, are all part of the customer base, says Lund. “We actually have fewer Class 8 trucks than we do distribution trucks. Distribution was our first, biggest client because they’re in traffic so much.” The algorithms and judgments used to score drivers may sometimes differ from industry to industry, says Lund, but there are a lot of driver behaviors that are common across all applications and types and sizes of vehicles, especially distracted driving, he says.

In addition to safety and savings, driver coaching can be used to improve fuel economy and some of the systems can be tied into other truck and vehicle computers and sensors for additional information and benefits. There is a wide variety of services and features and numerous vendors of this technology. And most providers can create customized plans, so it pays to shop around and compare multiple brands. 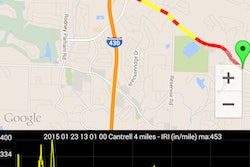 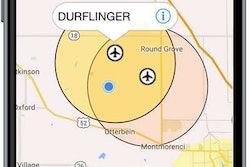 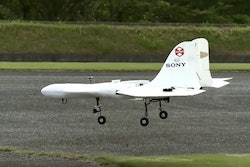