Construction and the Internet of Things: Own it, control it, get out in front of it…or it will control you

You’ve probably heard the hype about the Internet of Things—small sensors, transmitters and computer chips embedded in everything from thermostats to coffee makers to jet engines.

Chris Rezendes has heard the hype and he hates the hype, but says: “I’m betting my economic future that we will deploy sensors, they will create value and they will drive change in just about every system on the planet that matters to us.”

Rezendes was the closing speaker at the Association of Equipment Management Professionals Asset Management Symposium in November. He has 22 years experience in the technology field, and he and his team at INEX Advisors help clients find promising growth opportunities in the digital/IoT world.

A short segment of Rezendes’ presentation can be seen here in this video:

And while heavy construction—with it’s huge machines, dirt and diesel, concrete, asphalt and steel—may seem like the one industry furthest from the high tech world of IoT, Rezendes says it is the vanguard.

“You are the leading edge of what we do in the built environment, and IoT is the instrumentation of that environment,” Rezendes says.

What Rezendes calls the “instrumentation of assets,” is the use of digital plans and models, sensors, data and embedded communication devices in the physical objects that contractors build, whether that be buildings, pipelines, bridges or sports fields.

Construction on the front lines

“You know as much about this as any other community on the planet,” Rezendes says. The fact that your teams include civil engineers, structural engineers, environmental engineers, finance, accounting, marketing logistics and all other manner of physical world experts means you’ve already done the hard work.

From the topos and site plans to the materials take offs, to the utility locations, building blueprints, fuel burned, hours accumulated…some form of digital device is tracking and recording on instruments, computers and sensors nearly every move you make.

If you’re not instrumenting your assets or collecting data with your machines and processes there are a whole bunch of companies who would like to do it for you. And that should give you cause for concern, Rezendes says.

RELATED: A tour of Trimble’s connected jobsite: Network of dozers, workers and the office removes chaos from construction

“Everybody in tech wants to instrument your assets, inventories, operations, people and processes,” Rezendes says. Three years ago, Jeff Immelt, CEO of General Electric, declared the “industrial internet” will be the future of GE, Rezendes says. “They are looking at instrumenting all manner of industrial machines, equipment and more. And they’re doing it really well,” he says. Heavy equipment operations, with their low rates of telematics and GPS implementation represent the next big opportunity for these companies.

“You should feel threatened, at least a little bit, by big technology companies trying to instrument your assets for you, maybe to you,” Rezendes says. “I’m going to tell it to you straight: He or she who controls the intelligence–the data about those assets, inventories and areas of operation–will control that market, the customer, the regulatory environment and the supply chain. They will control you,” he says.

What Rezendes was describing is more than just fleet management telematics, although that’s an important entry point for many.

“In the operating environments where you work there will be more and more persistent surveillance in those project sites. Hard assets, roads, bridges tunnels, pipelines; they will all be increasingly instrumented, pushing data to the cloud and those areas of operation where you, your customers, equipment, clients and partners work,” Rezendes says.

The “digital oilfield” is a good example, Rezendes explains. Fracking, oil exploration and drilling operations and the pipelines that connect all this are heavily instrumented. “You best make sure that the assets you operate in those environments are at least that intelligent,” he says. “You don’t want to be the dumb kid on the jobsite. It is a joint-operating environment and if you are going to participate in the growth of energy exploration in the Americas or the world your assets better be intelligent as hell because theirs are.”

Intelligent road systems are another lucrative market. Right now the $150 billion transportation market in the United States is almost “all dark,” Rezendes says, meaning almost none of it is wired and monitored by sensors. But that may soon change he says. “We have 70,000 bridges in the United States and at least 30 percent have national economic, security and natural disaster response implications.”

If you’re building the bridges and roads, you need to get into the business of deploying those sensors, Rezendes says. “Create subscription services for people who want access to those services. If your people and equipment are on that jobsite why not take a look at what else you might instrument and how you might create value.”

It’s bigger than you think

If you think all this is pie in the sky, don’t blink, it’s coming fast, for several reasons:

One: sensors are cheap and getting cheaper. “I can buy a moisture sensor with embedded comms for $4,” Rezendes says.

Two SMAC: The latest tech acronym stands for Social, Mobile, Analytics and Cloud. Google, Facebook, Amazon, all these tech giants are tracking your movements across the web using SMAC to figure out what you want before you even know what you want. There are five billion smart phones on the planet and trillions of transactions every day on social and mobile platforms. That level of information exchange and analysis is coming to construction, Rezendes says. “This is of significant relevance to your business and a significant opportunity.”

Three: “The expectation of your customers is that there will be a digital set of deliverables to go along with your physical deliverables, Rezendes says. “Increasingly the work you do will have some sort of digital component,” he says.

If you would like to learn more, Rezendes will be presenting again at AEMP’s Annual meeting March 2015. Additional information here.

AEMP has also been instrumental in developing a brand-agnostic telematics standard for the heavy equipment industry and now has a beta version available for download. Check it out here. 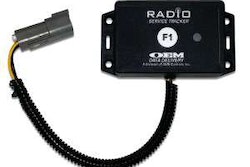 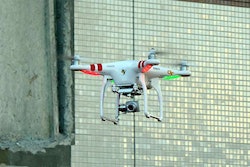 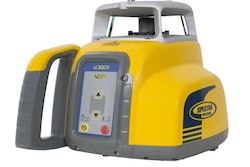