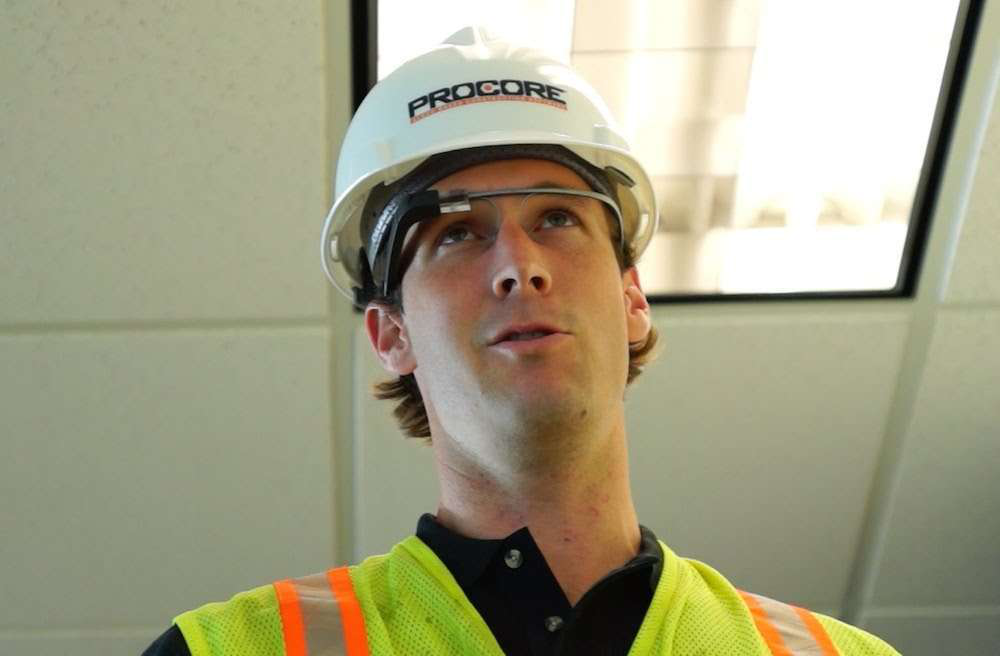 Despite the excitement around its unveiling more than two years ago—complete with the wearable device shooting a live video during a skydive— Google Glass has come a relatively short way since then.

Though most news outlets aren’t reviewing the device since technically it’s still in development (even though Google is actually selling the device now), those that have conclude Glass simply isn’t quite there yet. It’s privacy concerns, limited functionality, relatively low-end hardware specs and how—let’s be honest—downright goofy the device makes you look in public simply don’t justify its $1,500 price tag. Even the “Daily Show” did a piece recently poking fun at early Glass adopters.

Beyond that, other reviewers like the Wall Street Journal‘s Joanna Stern have said that the device’s battery life is still quite bad, the device suffers from stuttery performance and that the hardware actually gets a bit warm while you’re wearing it if you push it too hard (which seems a bit too easy).

All of that being said, just because Glass has failed to impress the average consumer and tech reviewer doesn’t mean it won’t make a huge impact on the commercial market. And one of the industries the device could have the biggest impact on is construction. And one of the perks the folks who are wearing Glass around right have is the ability to get more comfortable with having a computer on their face (the day is coming where this won’t be so comical) and to get out in front of the curve a bit and imagine the possibilities the device presents for their companies.

So, let’s open our minds a bit and look at five good reasons your company should throw down that $1,500 and become an early adopter of Glass.

While Google Glass itself might fall on its face by the time it becomes a fully-realized product, wearable technology like it and smartwatches are the future of gadgets. There’s more excitement around wearable technology than any other type of device right now and much of that buzz is due to Glass, smartwatches and, most recently, virtual reality headsets like the Oculus Rift.

Javier Irizarry, associate professor at the School of Building and Construction at Georgia Tech and the the director of the CONECTech construction lab, and his students have been testing various construction applications for Google Glass for some time now. Irizarry says that wearables like Glass stand to have the biggest impact of any emerging technology on the construction industry.

“We’re trying to find or define what the benefits of applications would be for the user and hopefully coming up with some ways that the companies in the construction industry can embed this technology,” Irizarry says. “That’s the overall goal of the research lab here.”

Irizarry says he feels the privacy concerns around devices like Glass will fade as more applications for the device are discovered and the functionality outweighs the doubt.

Plus, construction software is already in development for Glass.

At ConExpo back in March we visited with FieldLens, the company behind a mobile construction software platform that allows construction companies to improve communication by making all kinds of project data available across smartphones, tablets and computers. In the video to the right,  CEO Doug Chambers demos the type of functionality FieldLens is building for Glass.

Procore is another construction project management platform developing similar functionality for Glass. Currently, Procore allows its users to view the status of projects, manage employees update project documents and organize documents around specific projects, all in the cloud and across devices. You can see Procore’s Glass concept to the left.

Wearable technology, smartwatches and face computers alike, are coming. And as they get smaller and faster, they’ll only get more popular. Get an early jump on the technology and see how it could change your business for the better.

2. It’s the predecessor to something better

The best way for construction companies to think about Glass right now is as a promising sign of things to come. The device in its current state has several deficiencies. But as battery technology improves and components like processors and RAM get faster and smaller, Glass and its descendants will shrink into a much more comfortable and adaptable form factor. As that happens and as displays become thinner and more flexible, you’ll eventually see a pair of glasses functioning as a fully-realized heads up display, or HUD, allowing the device to project data across the user’s full field of vision rather than the far upper right and corner as Glass does now.

While FieldLens and Procore are hard at work nailing down the communication and sharing aspects of Glass, future devices will allow workers and project managers to compare what they’re seeing in real life to a drawing, photo or plan in one-to-one scale. And for equipment operators, the technology could either be implemented in glasses or directly into the windshield of the machine’s cab, greatly assisting an operator in perfecting grade.

Looking further into the future, device like Glass will likely merge with devices like Oculus Rift. This virtual reality headset was recently acquired by Facebook who sees it as the future of personal computing. In construction’s future, as machine control and remote control technology advance, it’s not hard to imagine some pieces of construction equipment being operated with a controller and VR headset.

Even before Glass morphs into those more impressive devices, it can already prove useful to guys on the jobsite today. Glass has a great camera capable of capturing and sending images and HD video quickly and easily. Plus, it makes text messaging and setting reminders as easy as saying “OK Glass” and then speaking the message. And if someone needs to get your attention, with Glass you don’t have to drop what you’re doing and pull your smartphone out to see or hear what they have to say. It’s not out of the realm of possibility that a firm investing in a few pairs of Google Glass could see major communication benefits using only the built-in apps the device has today.

These next two points deal with the span of time between now and that glorious virtual reality future I spoke about earlier. When companies like FieldLens and Procore release their Glass apps, a huge benefit to companies will be the ability for workers equipped with Glass to access plans, safety documents and even machine or tool instructions without having to drop what they’re doing. Let’s say you’ve got a worker relatively new to a job out there and he or she is stuck on a particular point in the work. For those situations, the worker could call up a document or even a video illustrating how to properly execute the task at hand. Beyond that, having Google at the ready with a voice command and hands-free browsing alone could come in handy.

One pretty interesting functionality that many feel Glass will be able to tap into is fitness tracking and health monitoring. Simply having Glass able to access your Fitbit  or Jawbone Up to see how many steps you’ve taken in a day and how many calories you’ve burned so far would be pretty cool. But what’s keeping Google from tapping into a heart rate monitor or even building one into a future version of the device? On particularly hot jobsites, project managers could equip workers with a wearable device that measures heart rate and body temperature to keep tabs on who needs more water and who needs to take a break.

While investing $1,500 in Glass might seem ludicrous (and rightly so) for many construction firms, with the speed at which technology is advancing into the construction industry, it’s worth it in my mind for companies that can afford to do so to go ahead and buy the device and get ahead of the curve.

Put it on, see how it can help around the office and the jobsite. Develop ideas of how the device could be more useful. Who knows? Beyond increasing yours and your workers’ comfort with wearable technology you could end up developing the next great construction app.