Around this time last year, Samsung released what was at the time likely the sleekest water-, dust- and shock-proof smartphone ever made. The Galaxy S4 Active had an IP67 in a thin package with top-of-the line specs.

The company then turned around and integrated that waterproof feature into its marquee smartphone, the Galaxy S5. But if you want your Galaxy phone to be able to stand up to anything, you’ll still want to opt for an Active model and today Samsung has updated the Active line with the S5’s specs.

For construction workers and contractors, the S5 Active represents a true all-in-one device: the latest version of Android (4.4 KitKat) with top-of-the-line specs in a thin and light package with the ability to take on water, dirt and drops.

The S5 Active features a 5.1-inch screen with 1080p resolution and is powered by a very fast 2.5GHz quad core processor with 2GB of RAM. It runs on AT&T’s 4G LTE network and can act as a WiFi hotspot for up to eight devices.

The device also features a 16 megapixel camera that captures both 4K (Ultra HD) and 1080p video.

It’s on sale at AT&T now for $200 on contract and comes in three colors: camo green (seen above), titanium grey and ruby red. 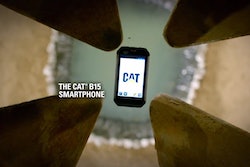 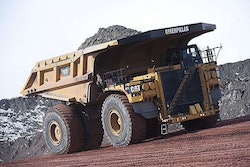