When you consider Carl Fisher’s original vision – a $10 million privately funded coast-to-coast gravel road – the Lincoln Highway met expectations and then some.

The Lincoln Highway – now a nostalgia route more than a name on a map – was the granddaddy of national highways. Fisher, then a manufacturer of Prest-O-Lite compressed carbide-gas headlights used on early cars, definitely had some self interest in his idea. And so did those who joined him: Frank Seiberling, president of Goodyear Tire and Rubber, and Henry Joy, president of Packard Motor. Each of these men would benefit from a good east-to-west highway.

But so would everyone else.

Even the gravel road originally envisioned by Fisher would be a big step up from what was available in 1913, the year Fisher’s Lincoln Highway Association formed. Dirt/mud roads crisscrossed rural areas with routes that only haphazardly connected towns. Interstate travel – because it required weeks – was deemed the venue of the rich.

Perhaps the greatest legacy of the Lincoln Highway was the role it played in creating awareness in a certain young lieutenant colonel.

To fund his vision, Fisher asked automobile manufacturers and accessory companies to donate 1 percent of their revenues to the cause. As he saw it, communities along the route would donate equipment.

By 1914, with only half of the $10 million raised, the LHA abandoned its private fundraising scheme. Instead, it started educating the country about the need for good roads along the designated route, this time not out of gravel, but out of concrete. The association built a series of rural concrete “seedling miles.” These roads were designed to offer a stark contrast to the mud of everyday travel, and stir up public pressure for good roads. Federal highway acts were passed in both 1916 and 1921 that saw the start of matching funds for state highway construction, including the Lincoln Highway route.

The LHA then concentrated on showcasing road construction standards, building an “Ideal Section” in 1922 in Indiana with 100-foot right of ways and 10-inch thick reinforced concrete paving.

The Lincoln Highway would eventually cross 14 states, extending from Times Square in New York City to Lincoln Park in San Francisco. When LHA started, less than half of the route had improved highways.

Our now-familiar numbered route system took hold in 1926, and the Lincoln Highway designation started to evaporate.

Perhaps the greatest legacy of the Lincoln Highway was the role it played in creating awareness in a certain young lieutenant colonel. In 1919, Dwight D. Eisenhower traveled the highway as part of an Army convoy promoted by the LHA. The troubles the convoy encountered along the way – broken axles, vehicles mired in mud – are the stuff of industry legend. That experience, coupled with the example of Germany’s autobahn network, prompted Eisenhower to sign legislation creating our Interstate System.

Fisher – who also co-founded the Indianapolis Motor Speedway and Miami Beach resort – lost his fortune in the stock market crash of 1929. Considering himself a failure at the end of life, Fisher’s idea nevertheless still resonates in our daily lives. EW

Editor’s Note: The Lincoln Highway Association was resurrected in 1992. For more information, go to www.lincolnhighwayassoc.org. 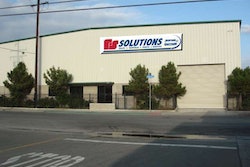 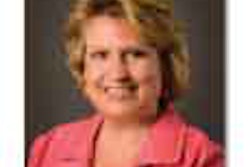 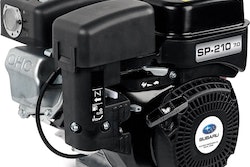