In accordance with the bylaws of the Institute, in the event that a current president is no longer able to continue his term, the senior vice president will complete the term.

The ACI Executive Committee, along with ACI Executive Vice President Ron Burg, and ACI’s staff have expressed their support of Dr. Hover as president during this difficult time for the Institute.

“On behalf of the American Concrete Institute members and its staff, I would like to thank Kenneth Hover for graciously and humbly accepting the post of President of the Institute,” said Ron Burg, executive vice president of ACI, in a prepared written statement. “We are confident that Ken will continue Dick Stehly’s ambitious visions for ACI during this time of tremendous loss for the Institute and the entire concrete industry.”

Hover said that ACI “has lost one of its most enthusiastic leaders, a dedicated and gifted visionary, and most of all, a good friend. We can assure the Institute and the industry that our first priority is the continued pursuit of Dick’s presidential objectives.”

An ACI member since 1980, Hover was elected vice president of the Institute in the spring of 2009. He currently chairs ACI Committee 301-C, Concrete Mixtures, Handling, Placing, Consolidating, and Curing, and also chairs ACI’s Task Group on Fly Ash Communication.

Hover currently serves on several other technical committees, including 318-A, Structural Concrete Building Code. He previously served on the ACI Board of Direction and was named a Fellow of ACI in 1992. In addition, he is a past president of the ACI Greater Miami Valley Chapter.

Hover started his career as a project engineer and project manager for Dugan and Meyers Construction Company in Cincinnati, Ohio, where he was involved in construction of buildings, interstate bridges, and water treatment plants.

After serving as a Captain in the Army Corps of Engineers (15th Combat Engineer Battalion), he then joined the structural consulting firm of THP, Ltd., in Cincinnati, advancing to partner and manager with experience in project design, specifications writing, design team management, and contract administration.

Hover came to Cornell with the assistance of a grant from the Exxon Foundation, designed to bring experienced engineers to the faculties of U.S. colleges of engineering, and he was among the first winners of an ACI scholarship.

He joined the faculty in 1984, where he teaches reinforced and prestressed concrete design, concrete materials, and construction management. His research focuses on the impact of construction operations and the construction environment on concrete quality.

A licensed Professional Engineer in Ohio and New York, Hover lectures nationally and internationally on concrete materials and construction.

ACI has honored him with the Joe W. Kelly Award, Robert E. Philleo Award, and Structural Research Award. He is also a winner of the ASCE Materials Division’s Best Basic Research Paper Award. The Weiss Presidential Fellowship is Cornell University’s highest teaching award and he has received many other teaching awards in his department and college.

In January 2006 at World of Concrete, he was named one of the “Ten Most Influential People in the Concrete Industry.” 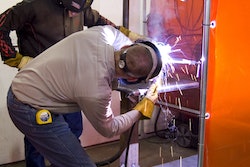 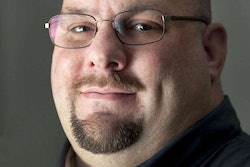 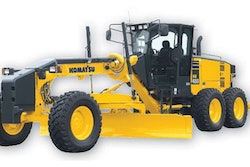