By increasing engine output and weight, Komatsu is hitting the “sweet spot” for production-class motor graders with its GD655-5 model, says Steve Moore, Komatsu America product manager. “We have made it a much more competitive motor grader in the most popular motor grader class in North America.” 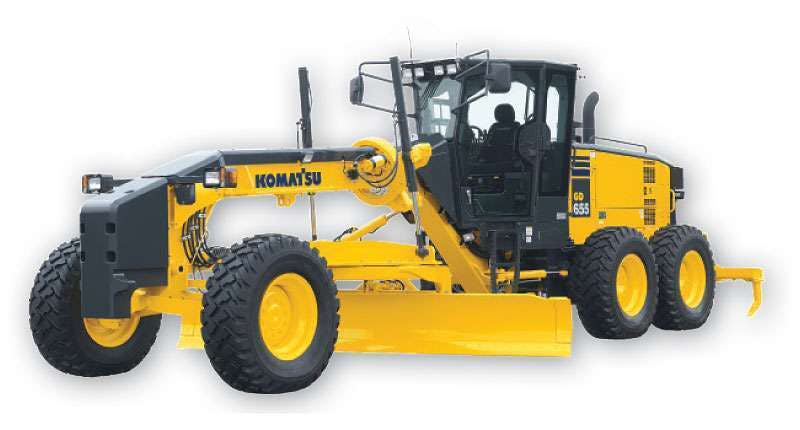 Although available with a 12-foot moldboard, the overwhelming majority of customers for this size of grader prefer the standard 14-foot blade, often adding extensions to it. 21% larger cab. 218 horsepower, up 9 percent. 13 additional inches of wheelbase.

Compared to the predecessor Dash-3 model, the new GD655-5 offers 18 additional net maximum horsepower to a total of 218 and, when in standard configuration, about 3,000 more pounds to an operating weight of 35,351. As a result of the 9-percent horsepower increase, the model has “improved its class position,” Moore says, against machines up to 230 horsepower.

“You can blade a lot of roads with 160 horsepower and 32,000 pounds, but if you want to go more into production, you’ve got to get to this level,” Moore says. “This motor grader is now capable of producing at the higher end of the class.”

The GD655-5’s styling includes a profiled machine front and rear engine hood, a six-sided cab, a new paint scheme and 13 additional inches of wheelbase. The engine is now positioned to the rear of the motor grader, balanced with roughly 10,000 pounds of weight on the front wheels for stability in long blading applications.

Even though it generates more horsepower, the Komatsu SAA6D107E-1 engine is actually smaller than its predecessor and, Moore says, offers a significant fuel consumption savings. “We have taken Komatsu engine technology, applied the three-stage, two-mode concept to the diesel engine and improved the fuel efficiency by 20 percent over the previous model.” Economically, three levels of horsepower cover the gear range; furthermore, the operator can select an economy or power mode depending on the application.

On top of a direct-drive mode, the machine’s transmission offers a lockup torque converter mode, useful when working around manholes and other tight areas and for low-speed work. “You can totally control the performance by using the throttle,” Moore says. “You don’t need to use your inching pedal.”

Additionally, when working in manual direct-drive, the grader avoids stalling in difficult applications such as hard trenching by automatically shifting into torque converter mode. The machine has conventional grader controls.

Komatsu says the machine’s six-sided cab offers 21-percent more space, thanks in large part to a wider footprint. The elimination of front corner pillars and use of large windows provide an unobstructed view to the moldboard and front work area.

Serviceability enhancements include moving the valves from underneath the floor to the gooseneck, adding a hydraulically-driven reversing fan and installing ground-level fueling. Equipped with 10 valves as standard, the GD655-5 has two open valves for such attachments as independent blade lift and front bar-mounted lights, avoiding the need to add/stack valves after the machine is in the field. It also comes equipped with the hoses to accommodate a ripper.

• Up to 20-percent fuel savings 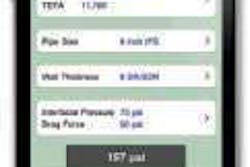 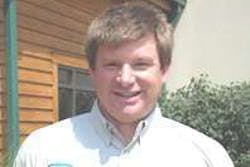 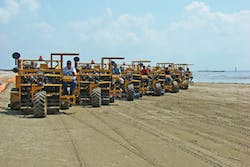 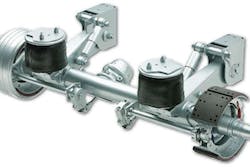