The Board of Directors of the American Iron and Steel Institute (AISI) has elected Daniel R. DiMicco, chairman, president and CEO of Nucor Corporation, to serve as chairman of the Institute until May of 2011.

“Dan brings a strong commitment to advancing the Institute’s pro-manufacturing agenda at a time when we are facing major policy issues in Washington that have great impact for our industry,” AISI President and CEO Thomas J. Gibson said. “Dan’s energy, and his leadership and advocacy skills, will serve greatly toward making our voice resonate on Capitol Hill and toward mobilizing our industry’s grass roots power.”

The appointment was made by the AISI Board of Directors during the May 2 meeting. DiMicco succeeds James L. Wainscott, chairman, president and CEO of AK Steel Corporation, who had been serving as chairman of AISI since January, 2009.

“We greatly appreciate Jim Wainscott’s service to AISI, particularly during very challenging times for our industry and for the global economy,” Gibson said. “His recognition with receipt of the Gary Medal– the Institute’s highest honor–says volumes about Jim’s contributions to the industry, his commitment and his character.” DiMicco and the Institute honored Wainscott with the Gary Medal during the AISI 2010 General Meeting, held this week in Boca Raton, Florida.

In his role as chairman, DiMicco will be a leading spokesman for the industry on issues such as the need to strengthen pro-manufacturing public policies as part of America’s economic revitalization and maintaining the competitiveness of the North American steel industry. He previously served as chairman of the Institute’s Policy and Planning Committee, as well as its Finance Committee.

During his Chairman’s Address at the AISI annual meeting, DiMicco challenged fellow industry executives to “join in the battle. Our policy goals won’t be achieved on their own,” he said. “It will require taking an aggressive stand on key issues, activating our industry’s grass roots power more effectively than we have done in the past, and responding with a strong and unified voice to misguided policies.”

DiMicco has served the steel industry for 35 years, beginning in 1975 with Republic Steel Corporation in Cleveland, Ohio, where he began as a research metallurgist and project leader. He joined Nucor in November, 1982, as plant metallurgist and manager of quality control for its Plymouth, Utah facility.

AISI serves as the voice of the North American steel industry in the public policy arena and advances the case for steel in the marketplace as the preferred material of choice. AISI also plays a lead role in the development and application of new steels and steelmaking technology. AISI is comprised of 25 member companies, including integrated and electric furnace steelmakers, and 138 associate and affiliate members who are suppliers to or customers of the steel industry. AISI’s member companies represent over 70 percent of both U.S. and North American steel capacity. For more news about steel and its applications, view AISI’s Web site at www.steel.org. 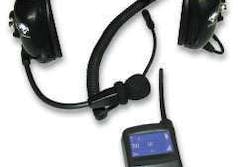 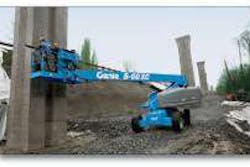 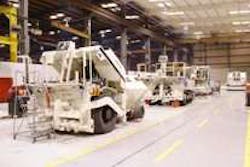