NREL and Johnson Matthey will conduct the work under a Cooperative Research and Development Agreement (CRADA) with a goal of improving vapor phase upgrading during the biomass pyrolysis – a thermal decomposition of organic materials – process, which would reduce costs and speed production of the fuels.

The non-food-derived feedstocks used to produce the biofuels will not include anything that is actually food for humans; it will, however, include such items as fast-growing poplar, pine trees, switch grass, forest and agriculture residue and municipal solid waste.

The goal is to be able to use the vapor produced from the pyrolysis of biomass in making transportation fuel.

“The best outcome would be, in five years, to have a new catalytic process which can make gasoline, diesel, and jet fuel at a price range that is better than, or competitive with, the cost of existing fuels,” Mark Nimlos, NREL’s research supervisor for molecular sciences and the principal investigator in the CRADA, told OEM Off-Highway.

If the two teams produce that outcome, consumers may see hydrocarbon fuels from biomass drop to about $3 per gallon. 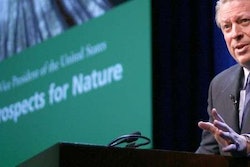 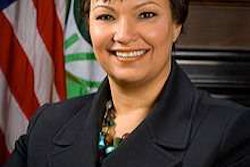 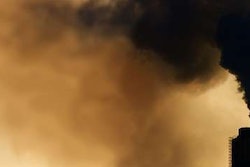