Navistar announced this morning that it will reestablish a relationship with Cummins and begin offering the new ISX15 15-liter diesel engine in “certain models” in January 2013 with the introduction of its ICT+ emissions solution in “early” 2013.

During the transition to ICT+, a company spokesman said Navistar would continue to build “compliant” MaxxForce diesel engines while it awaits the EPA’s final ruling pertaining to the compliance of EGR-only MaxxForce diesels sold since January of 2010.

The additional of the Cummins 15-liter engine one component of a multi-tiered plan designed to “enhance the company’s competitive position and growth and shareholder value. These actions include:

•A market transition plan for Class 8 engine sales; and

“The actions announced today establish a clear path forward for Navistar and position the company to deliver a differentiated product to our customers and provide a platform for generating profitable growth,” noted Daniel Ustian, Navistar chairman, president and CEO.

Navistar said it expects that by combining Cummins’ aftertreatment system with its existing MaxxForce engines, its ICT+ will meet 2010 U.S. Environmental Protection Agency (EPA) emissions regulations and position the company to meet greenhouse gas (GHG) rules in advance of 2014 and 2017 requirements. “With this clean engine solution, we are taking the best of both technology paths to provide our customers with the cleanest and most fuel efficient engines and trucks on the market and to meet stringent U.S. emission regulations,” Ustian added.

Cummins on-highway communications director Christy Nycz said that Cummins has signed a letter of letter of understanding with Navistar confirming that Cummins will begin negotiating with Navistar to establish a supply agreement to provide both IXS15 diesel engines as well as Cummins’ SCR exhaust after-treatment systems to Navistar for installation in January of 2013.

In other Navistar news, The Chicago Tribune is reporting today that the U.S. Security Exchange Commission (SEC) is looking into the company’s accounting practices. According to the report, the investigation is “related to certain accounting and disclosure matters.” Additionally, the Tribune notes that Navistar has withdrawn its full-year earnings forecast until September, when it will release third-quarter results. A Navistar spokesman declined to comment further. 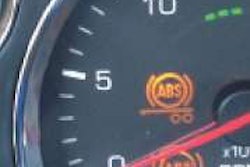 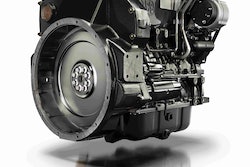 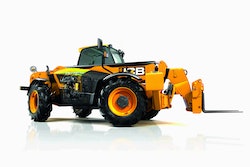