As one of the largest manufacturers of diesel engines – on and off road – and with thousands of OEM customers worldwide, Cummins came to the Tier 4 interim standards with three basic mandates:

• Introduce the right technology for Tier 4i to minimize changes for Tier 4 final.

A big part of being able to meet the first two goals was the creation some 10 years ago of Cummins Emissions Solutions. This division of the company manufactures aftertreatment devices for on- and off-road engines as well as retrofit applications, and the experience garnered there played a significant role in the company’s ability to develop robust aftertreatment technology for Tier 4i.

“CES has produced more than 650,000 particulate filters for the on-highway market,” says Mike Brinker, director of industrial sales in North America. “That gave us a head start so we were able to offer OEMs aftertreatment configurations that are as flexible as possible, making it easier for OEMs to install them into the machine.” The company’s on-highway experience also added to the knowledge base, having built more than 1 million EGR engines and 2.5 million variable geometry turbochargers (VGTs).

Cummins has two classes of engines that fall under the Tier 4i provisions:

For both engine categories Cummins will be introducing EGR technology for the first time in an off-road platform. Although it’s now standard across the company’s Tier 4i lineup, Cummins didn’t need EGR technology to meet the Tier 3 off-road regulations.

“Tier 4 final will be here in 2014 and we wanted to design the EGR just once, for both interim and final,” Brinker says. “That way there are no significant changes to the engine envelope going from interim to final.”

Beyond that common element of EGR, the technology differences between the small and the big engines vary according to displacement or horsepower.

While some other brands of Tier 4i engines in the 75- to 173-horsepower band will come outfitted with diesel particulate filters (DPF) that clean up the emissions downstream from the combustion chamber, Cummins fine tuned its combustion recipe to avoid having to place such a large component on its smaller engines. Instead, using the experienced gained from CES, the company developed what it calls a Cummins compact catalyst.

On the 3.3-liter engine, the compact catalyst material is about 6 1/2 inches in diameter, Brinker says. And like an automotive catalytic converter, it has precious metals in it that change the chemistry of the exhaust to reduce particulate matter, or PM.

The compact catalyst also enabled the company to maintain a small footprint with multiple inlet/outlet configurations to give customers more flexibility in positioning the engine in their machines. It’s completely passive, with no operator interaction, maintenance free, and designed to last the life of the engine.

In the design phase the company wanted to make sure that the aftertreatment could be easily mounted on or off the engine and the compact catalyst makes this option easier. A DPF requires additional hardware to burn off accumulated soot as well as an EPA required ash cleaning interval every 3,000 hours. The compact catalyst eliminates those concerns for Cummins engines under 173 horsepower and gives these engines better acceptance in cost sensitive and rental markets.

“We really worked hard to see if we could simplify things,” says Clint Schroer, off-highway communications manager for Cummins. “We thought if we could get the DPF down to just the Cummins compact catalyst it would be a real coup. When we take the filter out and use the compact catalyst only we have to manage the engine combustion closely to make sure the engine runs as clean as possible, because there is no filter downstream in the aftertreatment.” Testing continued through the spring of last year but Cummins made it official with an announcement at Bauma (the big European construction equipment show) in March.

Because the emissions regulations are stricter for the engines 174 horsepower and up, Cummins is using a DPF to clean up the exhaust gasses on those models. See the DPF vs. DOC sidebar on page 58).

For Tier 4i the QSB3.3, QSB4.5 and QSB6.7 engines get high pressure common rail fuel systems. The QSL9, QSX11, QSX15 engines get an XPI (Xtra high pressure injection) fuel system similar to the system used in Cummins 2010 automotive product, Schroer says. The XPI system allows multiple injection events (up to five) and delivers a cleaner, more controlled fuel burn. And the system is well tested with more than 70,000 in use in the 2010 on-highway sector.

There is also a variable geometry turbo used with an EGR control valve in the 174- to 751-horsepower class and the 6.7-liter engine below 173 horsepower. The VGT has a one-piece sliding nozzle with fewer moving parts than other designs. It also combines the benefits of a large and small turbo in one component – enabling rapid boost at low engine rpms while maintaining high boost pressures at higher rpms.

“The VGT gives us a better air flow ratio over a broader speed range when combined with a high pressure common rail fuel system,” Brinker says. “Now the fuel pressure and the timing of the fuel to the engine are totally separate from the speed of the engine. With the air control and fuel system capability you can really make the engine respond quickly.”

The combination of the new turbo and fuel system creates an engine with better fuel economy (up to 5 percent depending on machine and application, the company claims) and what Brinker describes as a peppier response with less turbo lag. “The engine can breathe a little better,” he says. “You can load a crusher or move a pile faster.”

On the intake side, the company has also designed new high efficiency Cummins Direct Flow air filters that are smaller than cylindrical filters and offer OEMs flexibility in filter arrangement in the engine compartment. EW

A DPF typically treats the engine exhaust first with a DOC and then runs it through an exhaust filter, which traps additional particulate matter (PM), sometimes referred to as soot. On all brands of DPFs, small amounts of soot will accumulate, especially when the engine is lightly loaded or idles a lot.

The heat of the exhaust normally burns off this soot (a process called passive regeneration). But if or when the soot accumulates to the point of altering the filter’s backpressure, Tier 4i engines deploy some type of hardware system to regenerate the DPF. Typically a small amount of fuel injected into the filter heats it up and allows it to regenerate. This is called active regeneration, and it happens automatically without the need for the operator to do anything. Cummins tests shows that active regeneration only occurs about 1 percent of the time the engine is running, Schroer says.

A DPF is typically about the size of a muffler and presents more of a challenge to install it into the machine, but it does substantially reduce engine noise – enough to eliminate the need for a muffler in most cases. A DOC like the Cummins compact catalyst is much smaller, but still requires a muffler if noise is an issue. 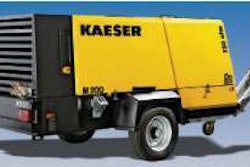 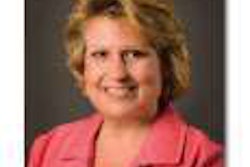 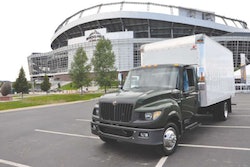