Over the past decade the California Air Resources Board has engaged in a vast and unprecedented experiment. The aim of the experiment was to force diesel truck and heavy equipment construction operations to drastically cut their exhaust emissions by selling off older machines, or installing expensive new engines and/or exhaust after treatment devices. If construction and trucking did this, goes CARB’s theory, it would significantly reduce California’s smog, and lead to less cancer and improved health for its citizens.

In the last four issues of Equipment World we’ve documented the devastating impact these regulations have had on the construction industry in California and how air quality regulators in other parts of the country are eyeing California as a possible model for their own regions. We also showed how CARB staff was surprised by public testimony at its April 22 board meeting with revelations that the agency had over-estimated the emissions from heavy equipment by anywhere from 200 to 400 percent. CARB is hinting that it may hold off enforcement of these regulations for a couple of years. But that still leaves tens of thousands of construction jobs and companies in limbo in a state devastated more than most by the recession.

The core of this issue isn’t California’s or any state’s right to safeguard its air and the health of its citizens. That’s a given. What everything hinges on is whether or not the science justifies the policy.

In our opinion it does not. Here’s why:

If you’ve read any of the news articles about off-road emission regulations in recent years you no doubt have seen the statistic that – according to the EPA – Tier 4 reductions in diesel emissions will prevent 12,000 premature deaths, 8,900 hospitalizations and 1 million lost work days nationwide, saving more than $80 billion dollars annually. This has been so often repeated that it is assumed to be a scientific certainty. The trouble is the numbers are wildly speculative.

What everything hinges on is whether or not the science justifies the policy. In our opinion it does not.

According to the Health Effects Institute, an independent research organization that provides impartial reviews of the science of air pollution and health, the science is anything but settled. Its 2003 study “Research on Diesel Exhaust and Other Particles,” said in essence that none of the current science could prove a link between diesel exhaust in the air we breathe and cancer, heart and lung disease or asthma.

One of the studies reviewed by HEI (Garshick et al 1987, 1988) looked at lung cancer rates among railroad workers and has been trumpeted by CARB as evidence of diesel’s deadly health effects. Yet HEI recommended against using the data, noting that the study actually showed a decreasing risk of cancer the longer these workers remained on the job.

In 2010 HEI published “Traffic-Related Air Pollution: A Critical Review of the Literature on Emissions, Exposure and Health Effects,” which said that nearly all the claims that exposure to emissions in high traffic areas harmed human health were “error prone” and “inadequate and insufficient,” or at best “suggestive but not sufficient.”

The problem isn’t dishonest scientists, it’s that proving something in the lab is different than proving it in a large urban environment with hundreds of uncontrolled variables. It has been proven too much diesel exhaust in the lab is harmful to animals, but outdoors how much is too much? Nobody can say with any degree of certainty.

This hasn’t stopped CARB or the EPA, which has still to grant the waiver CARB needs to enforce its regulations, from speculating on possible health effects. The California EPA looked at Garshick’s railroad workers study and concluded that such exposures would result in anywhere from 1 to 24 excess deaths per 10,000 people. The federal EPA reviewed all the relevant data and came up with a “possible” risk of 0.1 to 10 excess deaths per 10,000. The spread between the smallest and largest numbers in both these sets is so large as to be essentially meaningless – insufficient to base policy on or establish a risk-reward ratio.

This enormous variability in the numbers ought to have given policy makers pause to reconsider, but it has not. According to Bill Davis, executive vice president of the Southern California Contractors Association, CARB’s most recent health study, “Methodology for Estimating Premature Deaths Associated with Long-term exposure to Fine Airborne Particulate Matter in California,” likewise failed to established a link between human health and diesel exhaust. And in a June 14 letter to CARB, the SCCA and several other industry associations accused some of the report’s authors of having conflicts of interest and reviewing their own material instead of allowing independent sources to do the reviews.

By the time construction picks up again – if it ever picks up again in California – new machines that produce 95 percent fewer emissions from the factory will be in the field and keeping emissions well below mid-decade peaks reached when CARB was drafting its rules.

The lead technical author of the report was shown to have committed credential fraud, having claimed a PhD when in fact he had purchased a mail-order degree from a diploma mill. CARB board members who knew about this failed to disclose it until after a contentious and costly truck emissions rule was passed based on the report. CARB later agreed to issue a new report in April, but as of mid-July, has yet to produce one.

The recession has cut machine hours (hence emissions) in California almost in half and it looks like current total diesel emissions are already far below CARB’s original target and will remain so for years. By the time construction picks up again – if it ever picks up again in California – new machines that produce 95 percent fewer emissions from the factory will be in the field and keeping emissions well below mid-decade peaks reached when CARB was drafting its rules. Despite its best intentions, CARB does not have the science or the emissions inventory to justify such a huge and expensive undertaking.

What’s to be done? CARB has already taken a promising first step by agreeing to recalculate the volume of emissions. But a lot more is needed. CARB should:

• Hit up the federal government for enough money to adequately research the issue so that it can prove or disprove these “suggestive but not sufficient” theories. If diesel emissions are such a big health threat then the subject should get the same level of research funding as cancer or global warming studies.

• Reconstitute the board membership and include representatives from the construction and trucking industries. We think a “team of rivals” approach to deliberating these issues would produce a better outcome.

• Compensate the companies and market segments that have lost money playing by the rules – including contractors, rental stores and the aftermarket industry.

• Declare a firm moratorium on rules until all these issues can be addressed.

Likewise we suggest that other state and federal air quality agencies considering CARB-like regulations stop issuing new regulations until the science is solid and based on today’s emissions levels – not the levels from 10 or 15 years ago when off-road engines produced 10 times as many emissions as today’s equipment. You can’t have good policy if you base it on bad information. 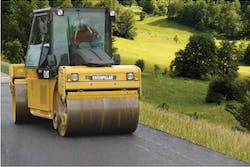 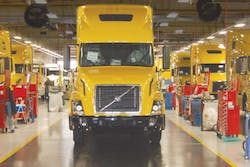 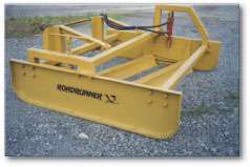 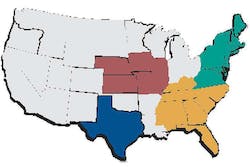