In a wide-ranging conversation with industry journalists last month, Denny Slagle, president and CEO of Volvo Trucks North America, touched on a number of industry topics, including meeting with President Obama and transportation secretary Ray LaHood on boosting fuel economy standards for heavy duty trucks, the success of Volvo’s 2010 engine family and even Volvo’s future in the North American marketplace.

Commenting on his meeting with President Obama and Secretary LaHood, Slagle noted that a dialog had been established, although he admitted it would be nice to have a “breather” to recoup some research and development costs spent on meeting the stringent 2010 EPA emissions standards for diesel engines.

“Volvo has walked a fine line for a decade meeting the 2010 EPA regulations,” Slagle noted. “But we believe in protecting the environment. So it was a logical course for us. It wasn’t easy. And now, we’re in the same boat with all truck OEMs: we’d love to recoup some of the massive costs associated with meeting EPA ’10, but times now demand that we focus on CO2 emissions and fuel economy. And Volvo wants to be part of that process and help craft these standards as opposed to waking up one morning and having a tablet handed down to us from the mountaintop.”

Currently, Slagle says the Obama Administration is looking at implementing CO2 and fuel economy standards beginning in 2014 and ending in 2017. This gives the truck industry a window to operate in, Slagle adds. “We’re already working hard to improve fuel efficiency and we have lots of great ideas on the drawing board,” he notes. “But we must be sensitive to commercials standards and keep extra costs that our customers can’t bear out of the equation.”

Looking at Volvo’s current marketshare, Slagle says he’s pleased with the industry’s reception to SCR technology. “SCR lets an engine be an engine again,” he says. “Frankly, I wish we’d put SCR on our engines in 2006.”

SCR is changing the way customers buy trucks, Slagle says, noting that in the past, “people bought an engine and built a truck around it. Now, they’re buying trucks and getting better integrated products as a result.” Slagle added that he “wasn’t proud” of how Volvo handled the launch of its 2007 engine family, but noted that the company’s 2010 engines have logged more test miles than any other OEM. As a result, Slagle says he is confident Volvo is “way ahead of the curve” with its current engine technology platform and says that customer acceptance of Volvo’s 2010 engines has been “exceptionally good.”

Slagle believes the economy is rebounding and will continue to do so, saying the overall economic picture is healthier than the media tends to present it. Another positive point for Volvo, Slagle says, is that the company’s dealer network weathered the financial crisis and came through in “very strong” shape. Slagle says the company is in prime condition to better penetrate all segments of the trucking industry. “But it won’t be easy,” Slagle cautions. “And we still have to execute.”

On the negative side of the economy, Slagle says the industry as a whole is entering into a vehicle replacement cycle as opposed to an expansion cycle. Despite some early signs of life in the construction and vocational markets, those industries have not sprung back to healthy performance levels yet. And, as the economy continues to recover, Slagle sees a good chance raw material shortages may hit North America again, driving prices up and delaying production times.

Given that Slagle’s formative professional years were spent with Mack Truck, today a wholly-owned division of Volvo, it’s not surprising that the Volvo CEO remains a fierce defender of Mack’s distinct culture and identity. Despite recent moves that have taken Mack headquarters out of Pennsylvania and moved them onto the same corporate campus in Greensboro, North Carolina, where Volvo is headquartered, Slagle says Mack remains a distinct brand. “We needed to move Mack to Greensboro for synergy,” he says. “But Volvo knows how to manage separate brands successfully – we also own Renault and UD Trucks. So I know the worst possible thing we can do is dilute Mack’s identity. Volvo has invested heavily in Mack engines and powertrains, and as a result Mack was the number one exported truck last year.”

When asked point-blank about rumors that Volvo would leave the North American truck market, Slagle was typically blunt. “Volvo is a global company,” he says. “And if you’re a global player, you don’t pull out of the biggest truck market in the world. We are number one (in terms of dollars) in global diesel engine production. We have both the resources and the staying power to compete in North America and we will continue to do so. Just watch us.” EW 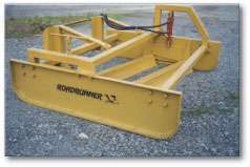 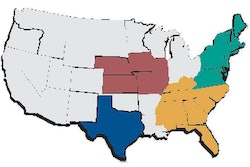 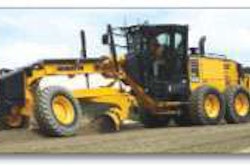