Two construction industry associations,  Associated General Contractors of America and Associated Builders and Contractors are divided on the potential for recession based on the latest job numbers posted by the federal government.

The construction industry added 20,000 jobs in November, and companies continued to raise wages for hourly workers steeper than other sectors. The industry's unemployment rate tumbled to 3.9%, while unemployment across all other industries remained unchanged at 3.7%.

From October to November, construction employment increased in 38 states eight states, and employment was flat in four states and the District of Columbia. Florida and Rhode Island had the largest gains, while Texas and Colorado showed the most losses.

“It is heartening that both residential and nonresidential construction firms were able to add employees in November,” said Ken Simonson, AGC chief economist. “There is no sign of recession in construction employment data."

The data also showed that over the past 12 months, 42 states added construction jobs, while industry employment declined in eight states and D.C. California and North Dakota top the year-over-year gains, while South Carolina has recorded the most losses.

Additional government reports showed 377,000 job openings in construction at the end of October, which exceeded the number of employees, 341,000, hired during that month.

"The number of job openings continues to outpace hiring, suggesting employers wanted to bring on many more workers than they can find," Simonson said.

Anirban Basu, ABC chief economist, has maintained throughout 2022 that a recession is likely in the next 12 months. His position on the severity of the recession has altered, but he has been consistent in his belief that it is coming. Basu does not believe it will be equivalent to 2008, and in fact, will likely be shorter, but it will still occur.

The latest jobs report did not sway him from that position.

“Despite some recent high-profile layoffs, employers continue to hire aggressively and are increasing compensation to retain employees in the context of the ‘great resignation,’” he said.

Under normal circumstances, Basu agrees that such results would be celebrated by all. Taking into context the rising interest rates and the volatile markets, he sees the November jobs report as bad news.

“Those operating in real estate and construction are likely to be discouraged, as these segments are heavily influenced by interest rates, and rising borrowing costs make it more difficult to finance the next generation of construction projects,” Basu said.

In addition, he noted that contractors have reported an increase in their backlog and anticipation of climbing sales and staffing levels in the next six months, while profit margins remain stable.

“Moreover, while some will claim that this jobs report makes it less likely that recession is coming next year, the reality is quite the opposite,” he said. “The Federal Reserve will be forced to push interest rates higher for longer, and that makes a downturn more probable over the next 12 months.” 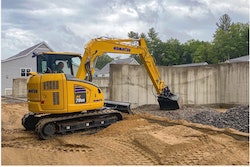 Komatsu PC78US-10: The Small Excavator with the Highest Retained Value for 2022 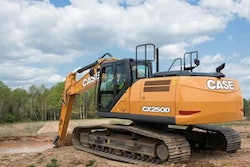 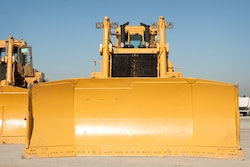