How to automate and optimize your equipment shop with 5S

If there is one thing that hurts performance and efficiency in shops today, it’s lack of organization and standardization.

Every time someone stumbles over a hose or goes looking for tool or a part, every time a mechanic walks 20 steps to grab something that should be at arm’s length, your shop is falling behind. Multiply that times the number of mechanics you employ and you’re looking at some serious deficiencies, not to mention prolonged equipment downtime.

To counteract the chaos, some shops today are employing the 5S methodology. “5S is part of the bigger picture of Lean manufacturing, and Lean is just copying what Toyota has done with Kaizen,” says Dennis Sowards, a 5S and Lean consultant. “Masaaki Imai, an international Lean guru who wrote the book “Kaizen,” said: ‘If you’re not doing 5S you’re not doing Lean.’”

The beauty of 5S, in addition to its formal structure, is that it enables and encourages solutions to grow from the ground up. “You don’t do 5S to people, you do it with them,” Sowards says. And by letting this happen on purpose you get immediate buy-in. “Most mechanics like to do the work with their hands. They don’t like treasure hunts – walking around looking for things,” he says.

5S stands for five core concepts based on Japanese terms and ideas. A loose English translation of these words is: sort, set in order, sweep, standardize and sustain. There are also seven types of waste identified: overproduction, inventory, waiting, motion, transportation, rework and overprocessing. Let’s break these down in a little more detail.

Sort. This is the first step and basically means to get rid of unnecessary tools or materials. Evaluate and then clear work areas of anything not used for the job at hand. Part of sorting is to tag items infrequently used. Sowards says you can use yellow Post-It notes just as well. “If we haven’t used it in a year, and we don’t see a need for it coming up, then tag it,” he says. “It doesn’t mean we throw it away. It just means we’re going to question it, and questioning is healthy.”

Set in order. Arrange the tools and materials in a way that makes them close at hand and easy to manage. No walking back and forth to the tool cabinet to find the right wrench. “That’s where you decide where everything goes,” says Sowards. “Where do we put the things that we need the most, so we minimize the time we spend walking to get them?” The rule is, more frequent items are closer in, less frequent items are further away. Use shadow boards, color coding or labeling for tools to make it clear to everybody where everything belongs.

Sweep. This means to visually scan the work area to see what is out of place or not organized. It includes cleaning and inspecting and returning everything to its place. This can be an end-of-the-day process, but also anytime you change processes. Don’t leave the tools and materials for one process on the bench if they’re not used for the second stage of the process. Also make sure everything is in good working order before putting it back in its place. (Some versions of 5S refer to this as “Shine.”)

Standardize. It is the manager’s job to standardize the implementation of the first three “S” practices and ensure compliance. Use photos and visual guides such as labels for tools to make the procedures obvious. Use the same colors and processes throughout the shop and put it all in a visual chart on the wall in case anyone has questions.

Sustain. The Japanese word for this (shitsuke) means “do without being told.” This means instilling self-discipline in the ranks of the mechanics and technicians. “A simple sustain method is the 30-second test,” says Sowards. “Can you find what you need in 30 seconds or less excluding travel time? If not, better organization and labeling is needed.”

Part of sustaining is auditing, and this can be as simple as a list of things the mechanics and techs agreed to do and three boxes to check for each item on the list: Have not started, In-process, or Done, says Sowards.

At the end of the audit, you have a meeting with all your team to show progress and needs, says Sowards. “Find out what’s slowing you down. Maybe you need a new rack to put things on or a storage shed in the back of the shop. Then when you reach a higher level, bring in pizza and celebrate. But you keep that self-discipline with the audit.”

There are a lot of options for maintenance audit software, but Sowards says filling out and updating a simple Excel spread sheet can serve most shops’ needs. The beauty of Excel (aside from being low cost) is it is flexible and adaptable to most situations. You should also put up a 5S board and post the audit results for all to see, says Sowards. Use before- and after-photographs as you make improvements, to remind people of what it is supposed to look like.

Part of figuring out how to streamline shop process is to eliminate what the Japanese call “Muda” or wastes. Ferreting these out is integral to the process. They’re not just mechanical defects, but also procedural defects, process defects, and sometimes they are policy defects.

Sowards recommends managers go on a Muda walk. “I tell supervisors to get out of the office and walk around and watch,” he says. “You’re not spying, trying to catch somebody doing something wrong. Go out and watch how the work is done. Observe. At Toyota, they expect all plant managers to go out on the plant floor and watch what’s happening and what’s getting in the way.”

The seven types of waste:

Overproduction. Producing something sooner, faster or in larger quantities than necessary.

Inventory. Too many tools, supplies, parts or finished goods on hand. If you’re not adding value with them, it’s wasteful. It is not usually possible to go to zero inventory without incurring the waste of waiting. Seek to reduce inventory down to the necessary or strategic levels and avoid excess.

Motion. With a repair or process, this is any unnecessary movement of people, parts or machines, what Sowards calls treasure hunts. “The one that happens often in the shop is the movement of people,” Sowards says. “People moving all around. All that time that you’re walking, you’re not adding value. What you do with Lean is to have more value-added time and less of that walking, searching, looking, rework and waste.”

Rework. Any work that has to be repeated or corrected.

Overprocessing. Work that has been done beyond the quality required by the customer.

There are plenty of consultants who can help you set up and monitor your first journey into 5S, although not many have experience in the heavy equipment maintenance industry, says Sowards. But it’s also possible to do it on your own with reading and research. We’ve listed a number of those resources on page 31.

Sowards says it’s best to take it in small bites. “If somebody hires me, I do a four- to six-hour workshop. If you can’t afford four hours at one time, do an hour at a time with an hour of training on what and why first. Then set aside an hour to do sorting and tagging and talking about it.”

Also note that although the 5S steps and seven wastes are standardized, the way you and your shop organize things is up to you. How you or your crew set up may be different from a shop on the other side of town. “We all individually have ways we organize things, and it’s fine if it works for you,” says Sowards. “The challenge in the work environment is you have to have a shared way of organizing. You have to have consensus.”

Those who know the 5S system emphasize the responsibility management has in the success of 5S. Leaders can’t lead from behind a computer screen all day. This is one of the most important tenants of Kaizen, Lean and 5S.

You have to get out from behind the desk and spend time with a different employee in their space, on their level, and have a conversation. The context of that conversation doesn’t matter as much as the fact that you’re in the moment.

Managers also have to guard against complacency. Over time people start to see things through a narrow lens. They think at a certain point a problem is fixed and does not need further attention. That leads to complacent behaviors and taking things for granted. 5S is the opportunity to continually improve.

Sowards also teaches the Last Planner System, a term trademarked by the Lean Construction Institute (see Resources at left). “Contractors who use that system have realized a 30 to 40 percent reduction in budget and schedule,” he says. The Last Planner System focuses on the last person in the planning process, before the work gets done – usually the foreman.

“In most construction, the last planner is left out of a lot of the planning and coordinating and just told to get it done, and they get jerked around a lot,” says Sowards. “The idea is to teach the last planner to plan their job better and then give them the opportunity to say no. Otherwise, the foreman’s answer is, ‘Well, I’ll try.’ But he should be empowered to say no or say he can’t do it unless he has confidence he can keep his commitment. We need each work crew to meet the committed schedule, or like dominos, when one fails, it impacts the next work crew. Saying no is more empowering than saying ‘I’ll try.’ That’s not a commitment. Saying no allows for meaningful discussion on why it cannot be done, identifying barriers.”

Scoring gives you a percent of planned completed (PPC). You want to be in the 70-80 percent range. “Scoring doesn’t measure productivity, it measures your planning system,” says Sowards. “If you’re not getting the desired percentage, you have to ask yourself why and then you study those reasons why and make sure it doesn’t happen the next time. And what you find often is if you’re not getting stuff done, it’s because you didn’t get it ready. You didn’t anticipate. Hoping the crane shows up rather than guaranteeing the crane shows up.”

Not that you’re a dummy, but these books are always good for beginners in any field.

A handy size booklet containing a condensed version of 5S and Lean principles that will work in a shop or on a construction site.

For a deeper dive into the philosophy of Kaizen and all

its techniques we recommend the following books and online resources.

This online store is a treasure trove of training materials (videos, books, posters) plus many of the things you need to set up a 5S-compliant shop, such as aisle and floor marking tape, tags, labels, shadow boards, kits, bins and containers.

The focus here is on field operations, but there’s still plenty of good ideas on managing people and processes that can be applied to a variety of environments. 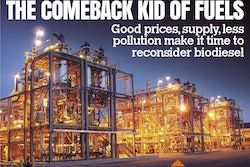 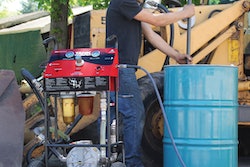 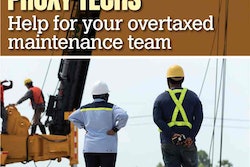