Ethanol a suspect in corrosion from Ultra Low Sulfur Diesel 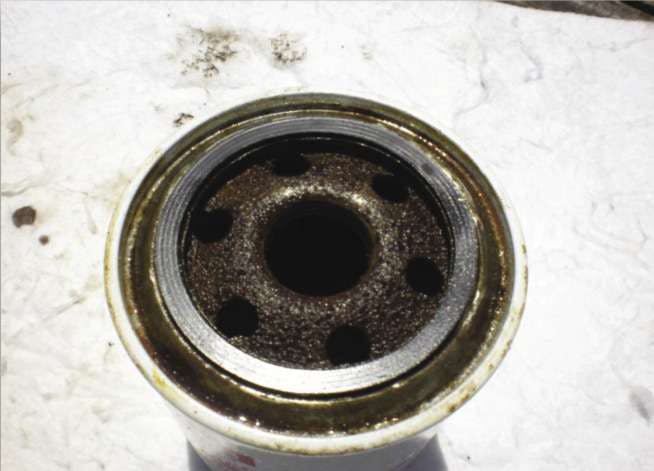 Without detection, remediation or treatment, traces of ethanol in your diesel may cause widespread corrosion on mild steel elements in your fuel system, as shown here on this fuel filter faceplate and stud (below). 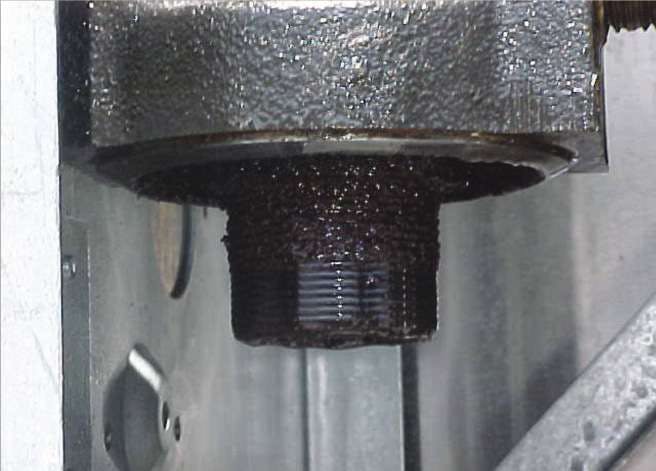 Since the introduction of Ultra Low Sulfur Diesel in 2007, a growing number of diesel storage tanks and dispensing systems have experienced unusual and accelerated corrosion problems. The kind of corrosion that might take 10 or 20 years previously was showing up in as little as 30 to 60 days, says Edward English, vice president and technical director for Fuel Quality Services. (Fuel Quality Services, (fqsinc.com) provides biocides, stabilizers and additives plus testing, training and consultation related to fuel issues.)

In 2009 the Petroleum Equipment Institute brought together experts representing manufacturers, oil companies, ASTM and the underground storage tank industry to try to get some answers. Later, the task force would fall under the Clean Diesel Fuel Alliance. Like the plot in a good murder mystery, the task force has found a lot of suspects, but the identity of the culprit is yet to be proven con-
clusively.

Investigations continue and English thinks a solution should be found within the next year or so. But in the meantime, the possibility of rapid, mild-steel corrosion should prompt contractors who use diesel fuel to be extra vigilant about the health of their tanks, monitor the quality of their fuel and practice good housekeeping.

Searching for a cause

At first, many in the industry wanted to blame ULSD for these corrosion problems, says Howard Chesneau, president of Fuel Quality Services, because the problem began to emerge about the same time the industry switched over to ULSD. But ULSD is not corrosive by itself.

Further investigation found traces of ethanol in ULSD. Ethanol isn’t corrosive, but when combined with water in the fuel, it becomes a “food source” that is conducive to the growth of acetobacter, a type of bacteria. This bacteria converts (oxidizes) ethanol into acetic acid, which is highly corrosive to mild carbon steel.

As it turns out the switch to ULSD occurred about the same time gasoline manufacturers started putting ethanol in gasoline. It is likely that trace amounts of ethanol-blended gasoline get into the diesel fuel as delivery tankers switch from one product to the next – what the industry calls switch loading. Small amounts of gasoline contamination have always occurred with switch loading, but it was never seen as a problem until the introduction of ethanol-blended gasoline.

Ethanol and water have one thing in common: they love each other, more than gasoline and diesel fuel. So when ethanol-entrained diesel fuel is discharged from a tanker into a ULSD storage tank with bottom water, the ethanol will migrate to the water at the bottom the tank.

This is a theory, Chesneau cautions, and the contamination is prevalent only in some cases where stations added diesel to tanks that had held gasoline and did not isolate the vent system. “The jury is still out as to the overall root cause,” he says. Research is ongoing. Given the massive scale of the fuel distribution system in the United States, nobody wants to jump to conclusions.

The problem is acute, says English, meaning there are sporadic occurrences that are geographically widespread. Not every diesel storage tank in the country is experiencing the same level of corrosion, nor even a high percentage.
A similar problem has been seen recently in the sumps of some E10 gasoline tanks, English says. “They would put in brand new equipment and then two years later pull the sump covers off. The steel was severely corroded, not because of the fuel, but because of the ethanol vapors getting into the sump through the threads of the fittings.”

English cautions that bashing ethanol is not the answer. “The ethanol industry has been forthright in informing the industry about system modifications when switching to ethanol. We’re trying to create a spirit of cooperation to identify what really is the root cause. Ethanol may just be an innocent bystander or a collateral victim.”

(About six years ago ethanol started replacing MTBE (methyl tertiary butyl ether) as a gasoline additive to raise the oxygen content of gasoline and increase the octane rating. MTBE was phased out because it was thought to be toxic and traces of it were found in groundwater.)

The ULSD corrosion problem is a lot like a three-legged stool, those legs being a energy source (the ethanol), acetobacter (which is everywhere) and water. You can’t do anything about the first two, but you can monitor and remove enough water from the equation to defeat the problem. By not transferring the ethanol from the diesel fuel to the water phase, you starve the acetobacter of moisture and energy it needs to grow and multiply.

On your trucks and machines, it’s as simple as purging your fuel-water separator every day. Stored fuel is a little more complicated.

Chesneau, who got his start in the fuel quality business cleaning fuel tanks, says the design of the storage tanks is often at fault. The pickup tube on a storage tank should suck fuel off the dead bottom of the tank and the tank should be tilted slightly to the end with the fill tube to ensure that clean fuel is delivered to the designated equipment. An adequate filtration system should final filter the fuel before it enters the equipment.

Since water is heavier than diesel, water sinks to the low spot and gets pulled out every time you pump fuel out of the tank – if the tank is tilted toward the pump out end. Tanks should have easy and unobstructed access at both ends to ensure easy water removal at each end regardless of tank settling over time, Chesneau advises. This may seem contradictory, to pump out the water with the fuel intended for use. But you can filter out this water at the point of exit before it enters your truck or equipment and filter it again on the engine fuel filters.

What you don’t want, says Chesneau, is an undisturbed pool of water at the bottom or low spot on your tank. Water will continue to accumulate there and give the acetobacter time to turn the ethanol, if you have it in your fuel, into acetic acid.
Even without the ethanol/acetobacter issue, pumping from anywhere other than the dead bottom of a tank (storage or on-board) is a bad idea, Chesneau says.

That gives all types of bacteria and sediment a place to accumulate, resulting in sludge and other contaminants.

Chesneau saw this first hand when he was called in to diagnose a problem with corrosion in saddle tanks for two major trucking fleets that had modified their tanks. One had raised the pickup tubes off the dead bottom of the tanks, thinking that they were protecting their onboard filters. The other put in a sump, which could not be drained. Instead of protecting their trucks, they were creating the perfect environment for bacteria and corrosion.

“They were losing tanks right and left,” Chesneau says. “Cars and trucks are designed with the pickup tubes at the dead bottom to take all that stuff out of there, and onboard filters are designed to remove any material, not leave it lay.”

Until the industry comes up with a definitive solution to these problems, visual observation and testing should become a regular part of your maintenance schedule, says English. Quarterly inspections of your storage tanks are best, semi-annually at least. Even if you have fiberglass tanks, the pipes and fittings are typically steel. Periodically look at the riser tube, joints and the threads, he says. If you see rust, you have a problem.

Another place to look is your fuel filters. Next time you change them, cut open the canister and look at the filter media. If you see material that resembles coffee grounds, you may have a corrosion issue. Also look for rust on the dispenser filter faceplates and, if your filters have them, any steel springs. You will typically see sediment in the filter media. To determine if it’s rust, just pass a magnet over it.
ULSD is actually a very stable fuel, but the water bottoms are the focus of attention. If ethanol from switch loading is accumulating in the water phase of the tank and the acetobacter are converting the ethanol to acetic acid, then you need to do something about the water.

If you see or suspect corrosion, consult with a fuel quality expert and get your fuel tanks tested. If they do test positive, you will have to do some remediation, possibly adding biocides to your fuel storage, removing the bottom water from the tank and maybe washing down the insides of your storage tanks.

“We are a proponent of periodically treating your storage ta nks with biocide,” Chesneau says. “It takes bugs four to six months to acclimate to the food source and really get going.”

Biocides will kill the bugs you currently have, but to keep them from coming back you will need to nail the problem at it’s source, and that again, is keeping water out of your fuel. 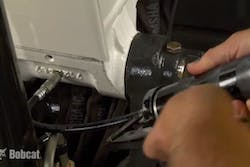 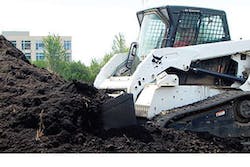 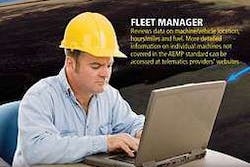 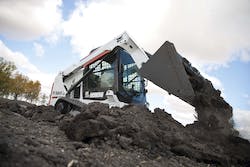