(Arizona DOT note: Since the release of this video in January 2017, the Dobbins Road interchange has been redesigned. The freeway will now go over Dobbins Road. )

Along with being the largest freeway construction project in Arizona history, the new 22-mile South Mountain Freeway around southwest Phoenix incorporates some interesting features, including a double roundabout and two half diverging diamond interchanges.

The $1.7 billion project, also known as Loop 202, provides a bypass to busy Interstate 10 at downtown Phoenix. The new freeway consists of three general lanes and one HOV lane in each direction. Work on the project began in 2016 as the state’s first public-private partnership for highway construction, according to the Arizona Department of Transportation. A ceremony was scheduled for December 18 for the freeway’s completion.

The design includes two half diverging diamond interchanges. These intersections differ from a full DDI in that one travel lane does not extend past the interchange, limiting access to only three sections, according to the Arizona Department of Transportation. AZDOT says the interchanges increase safety by eliminating cross-traffic left turns, allow more vehicles to flow through the interchange and cost less than full DDIs.

The freeway also includes a double roundabout that AZDOT says will reduce crashes and improve traffic flow. Drivers approaching the roundabout must reduce speed and yield to traffic already in the roundabout. When it’s safe to enter, drivers can exit east or west or re-enter the freeway.

The freeway also cuts through the environmentally sensitive South Mountains. AZDOT said this was done with minimal ecological impact and with five crossings under the freeway designed for wildlife, pedestrians and cyclists.

Ahead of schedule, under budget

AZDOT partnered with private development team Connect 202 Partners. Connect 202 was not only responsible for the design and construction of the freeway, but for maintaining the freeway for the next 30 years.

The agency said the partnership’s structure allowed the project to be completed three years quicker because the four segments of the freeway could be built simultaneously. That also cost $100 million less than a traditional contracting method, AZDOT says. 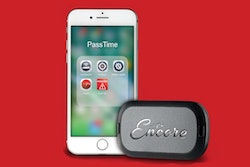 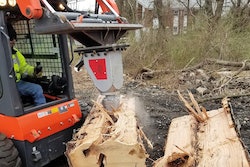