This year’s backlogged new equipment market may create a problem for contractors who’ve decided to wait and see what 2019 looks like before they pull the trigger on end-of-the-year machine buys.

With some new equipment backlogs at 45 days and counting, you may run out of year before you can take advantage of the Section 179/bonus depreciation tax breaks for those new purchases. Both tax breaks have been in place in some form for several years but have new nuances this year.

Briefly, Section 179 of the tax code allows you to deduct the full purchase price of qualifying equipment (in this case, new and used construction equipment) bought or financed during the tax year instead of taking the depreciation over a multi-year period. For 2018, up to $1 million can be written off your tax return. (For more details, go to Section179.org.)

And bonus depreciation, usually considered in tandem with Section 179, is at 100 percent this year and now includes used equipment buys.

With new equipment backlogs, however, timing becomes paramount because to claim any deduction this tax year the equipment must be “placed into service” by December 31st.

According to Ken Sibley, CPA and Dallas office managing partner with accounting and consulting firm Calvetti Ferguson, contractors have to make sure the equipment is installed and in use by that date. “That doesn’t mean that it has to be in production, it just has to be in use,” he says. “We tell contractors that they have to have title to the equipment and the engine has to be turned on.”

“You have to have possession of the equipment and it has to be ready to be placed in service,” agrees Mike Engleman, CPA and associate partner at Alloy Silverstein Accountants and Advisors. “There’s no way around that.”

And there’s the conundrum. Despite the best intentions of manufacturers and dealers, new equipment may get caught in the pipeline and that December 31st delivery date can’t be met.

Which is why both Sibley and Engleman advise contractors not wait until December to talk to their tax advisors. If your shiny new machine just can’t reach you in time, you do have alternatives to lower your tax bill, including buying used (again, now part of bonus depreciation), buying other cap ex items such as computers and putting money into a retirement plan.

And if your equipment supplier just can’t make the December 31stdeadline?

“I always tell contractors not to buy based purely on a tax deduction,” Sibley says. “Buy the equipment because you need the equipment. And if doesn’t get there in time, then it’s going to be a great deduction for the following year.”

For more on today’s hot equipment demand, watch for our special report, which will appear in the November issue of Equipment World. 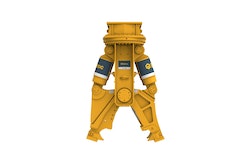 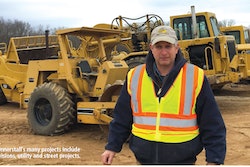 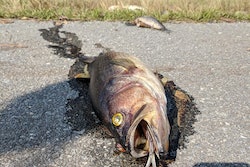 Firefighters hose dead fish off I-40 in N.C. after Florence floodwaters recede