The conference version of the bill, dubbed the Water Resources Reform and Development Act (WRRDA) of 2014, would authorize funding for waterway projects, including construction and maintenance. If the Senate passes the bill, it will be the first water infrastructure bill Congress has authorized since 2007.

The House passed the initial version of the bill in October 2013.

During a press conference on Tuesday, Speaker John Boehner (R-Ohio) praised the bill for a lack of earmarks.

“This bill will help create jobs, help strengthen our economy and it’s the first time this bill has ever been produced where there are no earmarks in this bill,” Boehner said. “It’s a significant policy achievement.”

House Transportation and Infrastructure Committee Chairman Bill Shuster (R-Pa.) has worked to promote the bill since its introduction in September 2013. Shuster used off-beat methods, including a YouTube video and a Twitter town hall, to push the bill.

Shuster noted that the bill cuts authorization for projects such as $18 billion worth of projects that the Army Corps of Engineers deems outdated.

“We should be proud that this is the most fiscally responsible WRRDA in history,” Shuster said.

““This water resources infrastructure bill makes our country more competitive, reforms and streamlines the project delivery process, and improves our water transportation networks,” Delaney said. “It’s extremely encouraging that a large bipartisan consensus was reached on this important bill, which includes input from both sides of the aisle and is fiscally-responsible.”

However, Delaney noted that work doesn’t end with the bill’s passage.

“While today’s vote is another step towards maintaining current levels of investment, we have more work to do. Building a truly world-class and twenty-first century infrastructure grid should be our number one economic priority,” he added.

For more information about WRRDA, visit transportation.house.gov/wrrda. To view a copy of the WRRDA conference report, click here. 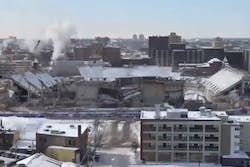 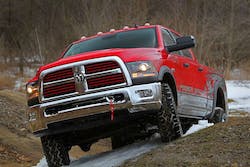