So, you could consider us knowledgable on the skid steer. What its strengths are, figuring out what size you need for a particular job and even the tricks they can pull off.

According to a recent blog post by Ritchie Bros. Auctioneers, poultry farmer Eddie Velo funded the development of the first skid steer because he needed a faster way of cleaning up turkey manure.

“Making the leap from small-to large-scale poultry producer, farmer Eddie Velo increased the turkey population at his Rothsay, Minnesota farm,” the Ritchie Bros. post reads. “Velo housed the turkeys in a large two-storey barn that made it impossible to clean up the turkey manure with a traditional wheel loader.”

So, Velo went to his local farm machinery repair and fabricators Cyril and Louis Keller and asked them to build him something. The result was the Keller loader in 1957. It was powered by a 6.6 horsepower engine and could turn within its own length, making it perfect for the confined space of a barn.

Velo was pleased with the invention and the Keller brothers eventually sold rights to the machine to Melroe Manufacturing Company.

The rest, as they say, is history. The brothers continued developing the machine which, thanks to the branding acumen of Melroe ad executive Lynn Bickett, became known as the Bobcat. (Eventually, Melroe changed its name to Bobcat Corp.) And by the early 1990s, just about every competing manufacturer had their own version of the skid steer.

You can read the full history at the Ritchie Bros. site by clicking here. 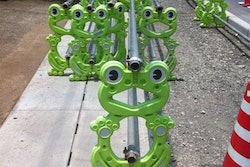 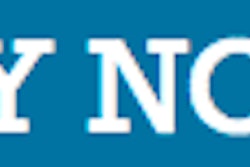