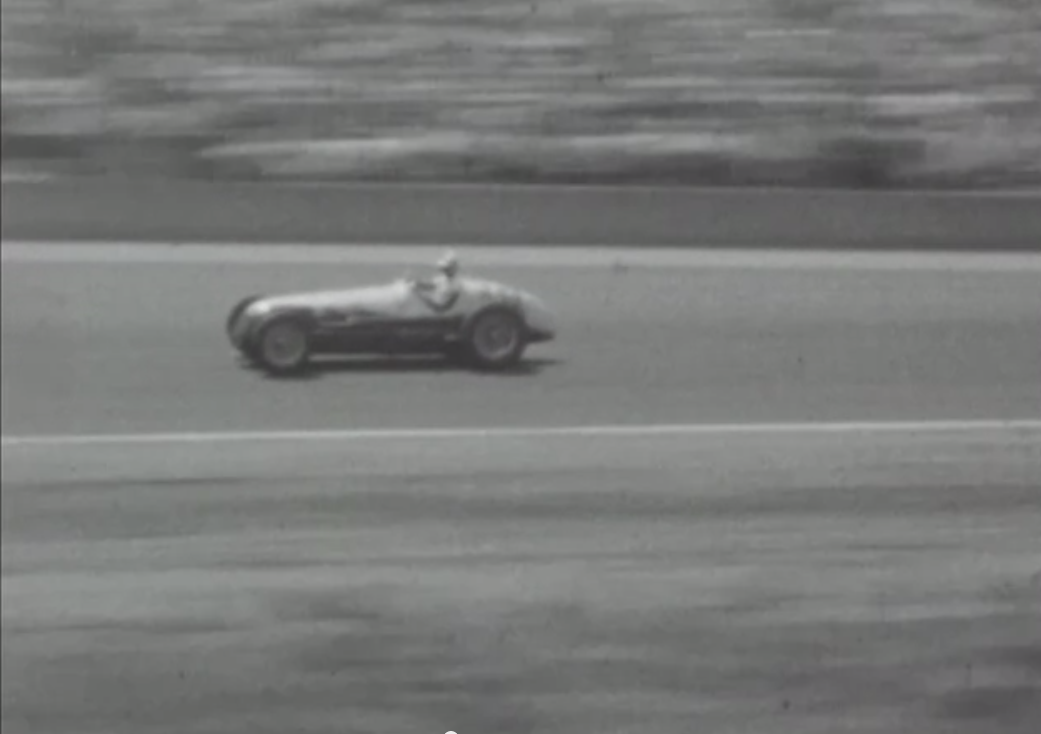 Here’s a pretty great way to get the Memorial Day weekend started: how about amazing vintage footage from one of the holiday’s most time-honored traditions?

YouTube user and blogger RetroChromeX posted this recently-found footage of the 1946 Indianapolis 500, noting that, because of the outbreak of World War II, this was the first time the storied race had been held since 1941. And people were excited: 175,000 of them turned out to cheer on the 33-driver field. Interestingly enough, this was the first Indy 500 where drivers used radio communication to the pit crew

The video starts with a bit of a humdrum parade of classic cars at the beginning, but be patient, the action does ramp up. British driver George Robson won the race in the no. 16 car by a full 44 seconds. Tragically, Robson would die 4 months later in another race.

The footage is shot from the infield and it’s clear that the guy holding the camera is in the process of figuring out how to capture cars speeding past at over 100 mph. Nonetheless, he gets the hang of it and the clarity of the video is nothing short of amazing considering it’s 67 years old.

RetroChrome also makes this interesting note about potential Nazi hunting in his blog:

“Rudolf Caracciola failed to qualify after he blacked out and wrecked during his trial. Most of the press said he had been hit by a bird in the temple. But another rumor out there is that he was shot. Rudolf was not only German, but also a member of the National Socialist Motor Corps during the war, and although he never joined the Nazi party it was close enough for a lot of Americans at the time.”