Tom Jackson
Feb 1, 2013
Hundreds of thousands of immigrants participate in a march for Immigrants and Mexicans protesting against Illegal Immigration reform by U.S. Congress in Los Angeles in 2006. Credit: Spirit of America / Shutterstock.com

It was encouraging to hear this week that the federal government, at President Barack Obama’s behest, is going to attempt to tackle the immigration problem this year. Even more encouraging is the fact that the hard heads in the Republican party are not going to reflexively oppose a new immigration bill.

Of course what President Obama is proposing sounds a lot like the immigration bill  former President George W. Bush presented to congress in his second term — a bill that was killed by extreme right wingers in the Republican Party and none other than then-Senator Obama.

But let’s let snarling dogs lie. Immigration is a problem the federal government created. Be grateful for the small miracle that they’re actually going to try to do something to solve it.

An improved immigration situation will have a significant and positive impact on construction. The heavy/civil guys won’t notice as much as the landscaping and residential construction markets, where undocumented workers tend to proliferate. But legitimate landscaping and homebuilding contractors have been plagued for years by competition from undocumented workers who pay no or few taxes, avoid getting insurance, worker’s comp, bonding or  licenses and can underbid labor costs by 20 to 40 percent.

Of course there’s no telling how many of these south-of-the-border contractors will turn tail and head back across the border once they see how expensive it is to comply with the all-American tradition of massive government intrusion into your business. But I’ll suspect they’ll learn to deal with it.

Immigration inevitably turns political and therein lies some danger. The federal government came up with a perfectly reasonable system called e-Verify about a decade ago, to help employers find out if job applicants were legitimate or in this country illegally. E-verify is used by a great many businesses and contractors and yet the U.S. Chamber of Commerce blocked it from becoming a legal requirement.

They couched their reasons in boilerplate Fox News blather about government intrusions. But the more likely reason they stopped e-Verify is that many of their members were benefiting from the illegal sources of undocumented labor.

So the knives may come out yet. Lobbyists may  make another mess of this immigration debate. And if they do, you the construction contractor, the entrepreneur who’s trying to start a small business and follow the rules, or the person who gets in a car wreck with an undocumented and  uninsured worker, you who pay the medical bills of the undocumented workers who show up in the emergency rooms of hospitals, all of you will be the worse for it.

And the lobbyists,  big business, and their patrons in Congress will benefit at your expense. 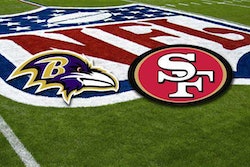 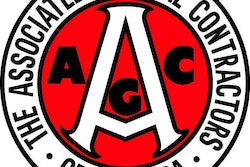 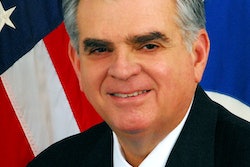