It’s still early holiday as I write this, the pause before we take the deep plunge into 2013. As the year’s travel winds down, there’s the chance to indulge in what’s on my “I’ll get to it later” shelf. This time, my treat is Doris Kearns Goodwin’s “Team of Rivals.” It was published in 2005 (I’m always more than a few years behind in reading the next hot book), but now making a resurgence because of the movie “Lincoln.”

I haven’t seen the movie yet, but of course know the school kid mantra on Lincoln – log cabin, early heartbreak, lover of learning. The line that struck me in Goodwin’s book, however, isn’t about Lincoln at all, but a contemporary, Thurlow Weed. With a father in and out of jail and a family constantly moving, Weed, Goodwin says, “had fought to educate himself.”

While they’re not doing it by candlelight, I know several people who are in Weed’s camp. My daughter-in-law, college education interrupted by marriage, is now taking online courses while she home schools her two boys. A friend, employed fulltime, is getting her masters. And when I reviewed the references of Tom Giangiulio, one of our 2013 Contractor of the Year finalists, I discovered that even after 30 years of owning Glendale Excavating, Tom is working on a degree in civil engineering, with an eye toward taking the professional engineers test.

But this goes beyond formal education or even CEUs. A lot of us are in Tom’s position – we’ve been at this business a mighty long time. Our most recent reader profile survey puts the majority of you in the over-50 crowd, working in the same firm for 25 years or more. But as many of you have told us, this is no time to coast. Your basic job has been redefined; former bedrock assumptions are out the window.

In this environment it could be easy to put the now-easing battle for survival down as all the learning you want right now. It’s tempting to feel buffeted by events, to retreat a bit, to feel you’ve earned a respite. My advice: take one, just don’t make it long one. Because, as leadership guru John Maxwell says, “Personal growth doesn’t just happen on its own. And once you’re done with your formal education, you must take complete ownership of the growth process, because nobody else will do it for you.”

Growth requires a continual reassessment of the journey, how far you’ve come, and how far you want to go. And how you’ve grown in patience and leadership skills will be much more significant to your business and crews than any increases in the bottom line.

We’re all Thurlow Weeds, fighting to educate ourselves … and in the process, grow. 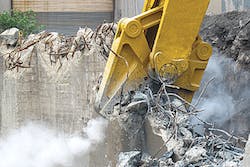 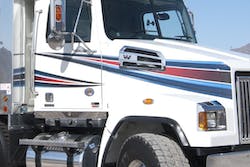 Western Star’s 4700SF proves itself on ascent from desert floor 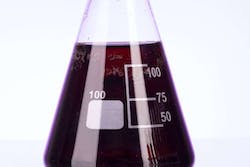 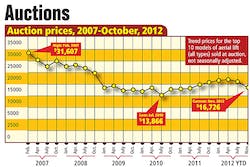