Western Star’s 4700SF proves itself on ascent from desert floor

With the high-rollers still sleeping off the previous night’s excesses, navigating out of Las Vegas early on a Saturday morning isn’t all that hard to do. So as the sun flickered between the hotels and casinos to my left, I headed down Interstate 15 South with the Mojave Desert and Death Valley square in my sights. I was behind the wheel of a brand new Western Star 4700SF dump truck and couldn’t think of a better place to test it.

Western Star built its legacy on the unlikely pairing of bare-knuckle toughness and champagne-sipping elegance. Their trucks are a bit like a pro wrestler dancing in a tutu: Built tough, and you find them working hard in some of the roughest places on the planet. Climb into the cab, and you’re greeted with high-level trim packages, luxurious appointments and an attention to detail that would be right at home on a high-end sports sedan.

The demeanor of the truck pays obvious homage to the company’s conventional roots, but the modern design cues provide a sleek-looking truck with visibility and functionality unforeseeable when the first Western Star hit the highway. Throw in Daimler’s high-tech diesel and powertrain technology, smooth the whole thing out with an optimized suspension and make driver comfort a driving design factor, and you’ve got today’s Western Star: really tough trucks that are a pleasure to drive. Their engineers never bought into the idea that drivers have to be miserable while their trucks work up a sweat.

The real test for the 4700SF this early October morning will be pulling Baker Grade just over the border as I cross into California. The little town of Baker, California, sits at 930 feet above sea level, leaving more than 3,000 more feet to climb into the mountains that separate it from the Nevada border. There are long grades of 6 percent or more.

The desert just outside the city is flat as a fritter, light lifting for the Detroit DD13. The cruise control levers are within easy reach at the left-hand side of the center dash – right next to the controls for the Detroit engine brake. Both systems will prove to be a blessing once I get into the mountains, but for now I set my speed with the push of a button and settle in while the Allison 4500 RDS automated manual transmission does the real work.

It wasn’t long ago that in order to enjoy the stereo in a dump truck, you’d need to ask The Who to play live just so you’d be able to hear the music over the road and engine noise. But this is a Western Star. And the 4700 platform borrows heavily from Freightliner with its sound attenuation packages. Even at 70 miles an hour, you can talk on the phone or talk with a passenger in a normal tone of voice. With the cruise engaged and the stereo kicking out amazingly good sound, I settled in to enjoy the ride.

Since I don’t get to drive through the desert very often, I enjoyed the panoramic view. This was easy to do – although the 4700SF retains Western Star’s famous conventional styling cues, there’s been an engineering sleight of hand played in the overall design. The nose features a sharp downward slope, so you get a full-on conventional look from all angles. But thanks to ample glass area and thin A pillars, the view from the cab is outstanding down and to the sides.

I’m half-loaded with sand – about 22,000 pounds’ worth. And with the Bostrum air-ride seat, TuffTrac rear axle and taper-leaf front suspension all working together, the ride on the open highway is surprisingly smooth.

The interior trim features charcoal cloth seats with black dash and door trim. The instrument panel has a traditional look. All switches, including the driver-actuated traction control differential in both axles and PTO, are within easy reach. The rearview mirror brackets are well-placed and sturdy: I don’t notice any shake or vibration, even when I pull off the paved road to shoot a few pictures.

I’m having such a good time looking around, and the cruise control is doing such a good job, that I’m a little slow noticing that the first long gradual grade is starting to bleed my speed. Powertrain specialists tell me that the next generation of cruise controls will have some form of GPS-based software that anticipates terrain changes and perhaps will work in conjunction with an automated manual transmission’s inclinometer to deal better with up- and downgrades.

For now, it’s time to snap the cruise off and put the hammer down. At full throttle, I find the power comes on so smoothly and efficiently that I’m able to jump into the middle lane and pass heavier-loaded rigs with ease. And that holds true all the way to the first summit. As long as traffic permits, the Western Star has no trouble maintaining or even exceeding the posted speed limit on the long upgrade. When traffic does force me to slow, the engine recovers nicely once I put my foot back on the throttle.

Heading downhill, I find out real fast that the “high” setting on the Detroit engine brake is too much. On these relatively gentle grades, it works so well that I lose speed and end up with another big rig swelling in my rearviews at an alarming rate. I end up cycling the brake between “low” and “medium,” easing down the cactus-encrusted mountains without so much as a toe-tap on the brake pedal.

Past Baker, I come across the oddly named Zzxzy Road and decide it’s time to pull off I-15, shoot more pictures and start working my way back to Vegas. As I take shots with the harsh desert in the background, I think: The Western Star 4700SF looks right at home. 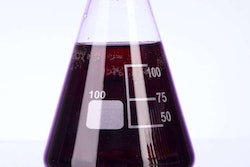 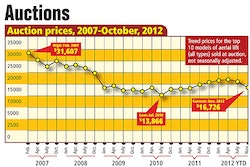 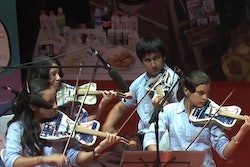