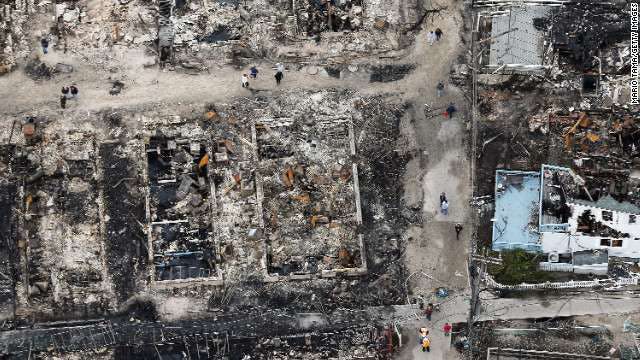 Sandy’s damage seen from above Queens

In order to help clean up and repair some of the damage Hurricane Sandy wrought on the East Coast last month, many of you will no doubt volunteer.

Good for you. Construction folks, their trucks, tools, skills and equipment are always needed after something like this. Having helped do the same after Hurricanes Ivan and Katrina, and the tornadoes that swept through Tuscaloosa, Alabama last year, I thought you could benefit from this one piece of advice before you head out:

You are going into a war zone.

The people you encounter in these devastated areas are going to be in shock. You may be fresh and full of beans, ready to rock the job and get-er done. But the victims you’re helping may be exhausted, grieving, confused and unable to make even the smallest decisions.

I used to not put much stock in the idea of PTSD or post traumatic stress disorder, until I started doing this type of work. Now I’ve seen it first hand. It is what psychologists call a spectrum disorder which means the intensity of the symptoms may be as mild as a few bad dreams or something as severe as extreme mental and emotional dysfunction, or anything in between.

My first exposure to a milder case of natural disaster related PTSD was in 2006 when I volunteered as an adult leader on a church youth mission trip to Gulfport, Mississippi to help clean up after Katrina. The night we got to the school where we would stay, the youth pastor in charge told us point blank that many of these people were still in shock, even nine months after the storm. He said we would be getting our construction assignments in the morning but that when we got to our appointed places we may find that what the homeowner needs may have nothing to do with construction or clean up. They may need somebody to baby sit their kids while they go meet an insurance agent or stand in line for a FEMA trailer. They may be grieving the loss of a house, business, pet, neighbor or loved one.

The people you encounter in these devastated areas are going to be in shock.

You may see a pile of what looks like junk on the curb and throw it away, the youth pastor said, when it fact it may be all that person has left of their possessions. You don’t touch anything or make any assumptions about anything until you’ve talked to the homeowner.

“Your assignment,” he told us, “is to figure out what the real need is first and try to fill it. If it’s construction, do that. If it’s not though, put down your tools and do whatever they need you to do.”

Sure enough the next morning, I drew a ticket for a house where drywall work needed to be done. The drywall had already been delivered, so they loaded us up with a few buckets of mud and trowels for each of my teenagers and away we went.

When we got to the designated house, the owners, George and his wife Elizabeth, were glad to see us, but not urgently interested in getting started on the work, at least not at the high-amperage pace I like to start a project with.

George was a retired salesman from the old school. A real talker, the kind of guy who could convince cannibals to go vegetarian.  He was fun to be around, and since he wanted to talk, we talked.

While my kids idly flicked bits of drywall mud at each other I sat and listened to George tell us the horrifying story of the night the Katrina hit. How he and his son and wife swam out of their house in the dark of night and floated around in the storm clinging to each other and their lifejackets.  They spent all night being blown about in the water. It was only at dawn that they were they able to see dry land and crawl up on it and wait for help.

Put down your tools and do whatever they need you to do.

It seemed odd that he would be recounting this story in such detail so long after it happened, but I eventually realized that for the last nine months he had nobody to tell it to. He couldn’t tell his neighbors. They all had stories equally as bad and troubles of their own. He couldn’t tell his insurance agent or the government people or the first responders. They were all overloaded with disaster stories too. Nobody wanted to listen.

Some people clam up after a tragedy. Some people need to talk it out, to bear witness to what they’ve seen. George needed to bear witness in order to begin to heal. If you can put a box of context around a tragedy you at least manage it to that small degree. And that was what George was trying to do, put that beast in a box of his own making and in that way reassert control over his life.  So I just listened and most of the kids did as well, and in two and a half days, we got no more than a few dozen sheets of drywall hung and taped.

The last day we spent in Gulfport, my adult co-leader on this team, the wife of a local judge, found out two important things about this family. One, that it was George’s birthday. Second, that their two-year-old granddaughter who lived next door, had lost all her toys in the storm. So the judge’s wife slipped out at lunch with the girls and came back with a big birthday cake for George and boxes of new toys for the granddaughter. With such meager offerings we had a party that went on for hours and that nobody wanted to end.

George called it his best birthday ever.

We failed as a drywall crew, but I think we accomplished something much more valuable and lasting. Having good advice from the youth pastor and having an empathetic adult woman along on our crew were crucial to our success. I say this because five years later I lacked both for most of the four days we went chain sawing across Tuscaloosa after its tornado outbreak.

For that we spontaneously formed up our own crew. We were gone at first light the day after, buffaloed our way past police barriers and cleared a lot of streets and yards of fallen trees. Everybody worked in a kind of low-grade rage, which helped get a lot done, but I wished we’d had one person on our crew who was the designated grief counselor, somebody who would not be slinging a chainsaw or carrying limbs and tree trunks to the curb. Here’s why:

On our third day out I remember coming up to a house in the worst hit neighborhood in the city. The house was mostly gone, save for the basement, and it had trees down all over it. I saw what appeared to be the homeowner, an old black man, sitting on what was left of the front steps. I asked him if we could help by cutting up some of these trees and moving them to the street. He seemed to not understand. When I repeated the question he just started to cry.

Fortunately, a young woman, who I took to be a relative, came over and rescued me from my predicament. I was Godzilla with my chainsaw, but that was not what he needed. And as much as I felt for the guy, I just didn’t have the right response in me at that time and felt terrible that I didn’t.

That, and when you’re covered in sawdust, sweat, and bar oil and reeking of chainsaw fumes, you hesitate before handing out hugs to strangers.

So if you’re heading up a crew of volunteers this weekend be sure to put somebody on your team who has those empathetic skills. Clergy of any stripe are good at this, as are most women. And make sure they don’t do any heavy lifting. They need to keep their eyes and ears open while you go to banging around. They can be useful handing out bottled water and surveying the neighborhood, writing down specific needs or requests. Just remember, when you run into somebody who’s shell shocked, and you will, you’re going to need them. 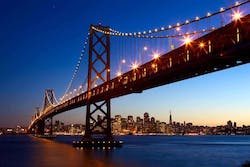 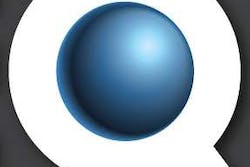 Welcome to the new Equipment World 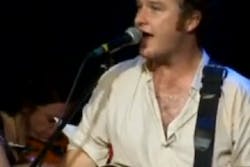 NEW: Get the weekend rocking with the Friday 5:05 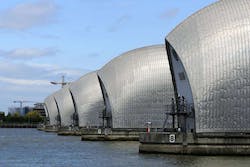