“The E-Series skid steers and compact track loaders are one of the finest examples of customer-driven product development the John Deere Commercial Worksite Products group has ever offered,” Gregg Zupancic, product marketing manager, John Deere Construction & Forestry, said. “We asked hundreds of customers how we could make this equipment better. They told us, and we responded.”

Zupancic says the improvements made in the E-Series skid steers and CTLs are the result of extensive market research and John Deere’s Customer Advisory Group (CAG) process, which solicits input and ideas from customers. For the E-Series, customer input largely dealt with areas of the machines that improve on uptime, productivity and a lower daily operating costs.

The large-frame skid steers and CTLs feature a flat floor design with 25 percent more foot room than previous models. All models in the line include low-effort electro-hydraulic (EH) controls for additional comfort and ease of operation. The EH controls are available for ISO, H, and foot control patterns. In addition, the E-Series features an option to allow the operator to switch between all three previously mentioned industry control patterns.

Other new standard features include connect-under-pressure auxiliary hydraulic couplers, and a new courtesy lighting feature that automatically shuts the machine lights off after operation.

The mid-frame models have been improved to enhance performance and make the machines more versatile. The optimized boom design provides best-in-class boom and bucket breakout throughout the lift path. It also offers greater reach at truck-bed height and increases lift height to the hinge pin, Zupancic noted.

These size models also include the option for switchable controls to allow operators to choose between foot pedals, ISO and H-pattern. Other options include a new keyless start feature and a ride control option that cushions the boom under heavy load for a smoother ride.

The skid steers and CTLs are powered by Yanmar 3.3 or 3.1 liter diesel engines. The large-frame model engines provide up to 10 percent more horsepower than the previous D-Series models. 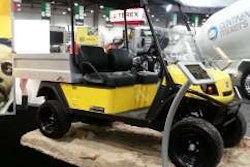 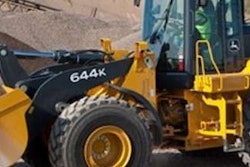 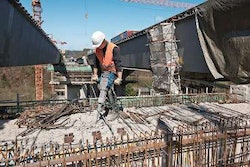 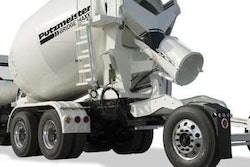