Parting is such sweet sorrow. But in this case, it’s just awesome.

As we look forward to the looming introduction of the 2015 Ford F-150, we greet the fourth and final model year of the F-150 SVT Raptor with open arms before it likely goes on hiatus. Because the 2015 F-150 will likely introduce several design changes, the Raptor, introduced by Ford in 2010 to be a half-ton, off-roading force to be reckoned with, will need a model year or two to catch up.

In the meantime, Ford is sending the current iteration off in style with a special edition package that will have you drooling. The 2014 F-150 SVT Raptop Special edition can be ordered with either of the striking Ruby Red Metallic or the Tuxedo Black Metallic paint jobs. Box-side graphics complements the special edition paint.

But this monster is beautiful on the inside too. Brick Red seat bolsters with black inserts and cloth honeycomb highlights, a console top finish panel and center stack and door panel appliqué accents round out the interior additions.

The SVT Raptor is packs a 6.2-liter V8 that produces 411 horsepower and 434 pound-feet of torque. It has an electronic six-speed automatic transmission with tow/haul mode and Ford’s SelectShift Automatic functionality. And it wouldn’t be an off-roading truck without 4WD. The Raptor’s 4WD system features electronic shift-on-the-fly capability for the transfer case.

While you savor this special edition and oggle the pictures below, we expect Ford won’t wait too long until it updates the Raptor for the new F-150s. The Raptor has been a huge hit for the company selling more than 13,000 Raptors in 2012 while seeing a 14-percent increase in sales so far this year with five out of the past six months recording record sales. 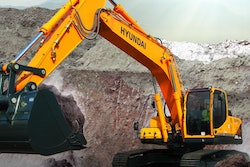 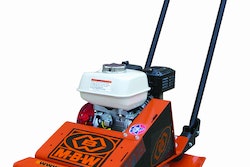 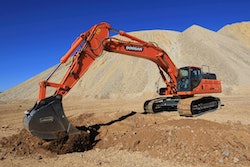