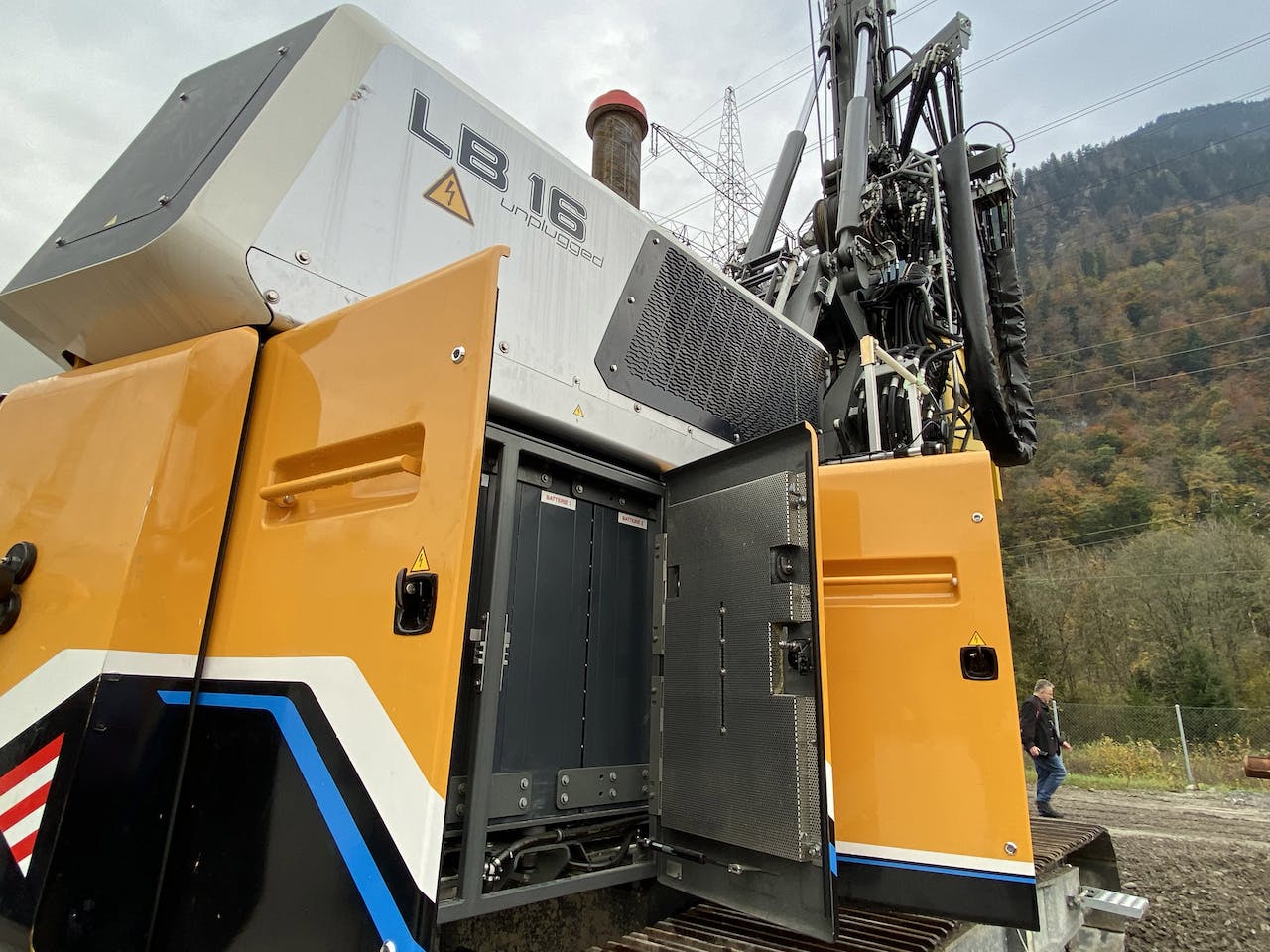 Liebherr’s electric-hydraulic LB 16 “unplugged” drilling rig, first seen at Bauma, is now in field testing with customers. The term “unplugged” is used because the machine can be operated without a cable.

“A battery-powered drilling rig was a requirement on the road map for deep foundation machines,” says Holger Streitz, managing director engineering and design at Liebherr’s Nenzing, Austria, plant, where the LB 16 is produced. A production schedule for the machine is still in question as Liebherr continues to evaluate the machine.

Check out our video below to get a close up view of the machine.

The development of the electro-hydraulic drive LB 16 has “disruptive potential,” says Streitz, with Liebherr saying it is the first electric-hydraulic drilling rig to be introduced globally.

One design requirement is that the 55-metric-ton, 265-kilowatt-electric-motor machine would be able to work an entire day on battery power.  Liebherr examined the telematics data coming off 34 diesel-powered LB 16s. With this analysis, the company determined that 80 percent of drilling applications could be carried out in a 10-hour shift. Liebherr compares the LB 16’s battery capacity to that of seven current Tesla models, which have a driving range of roughly 1,800 miles. “At some operating points more power is delivered to the rotary drive” than by a diesel-powered machine, Streitz says. He adds that the company is considering a similar electric drive for other machines.

If it comes to market, the machine will be significantly more expensive than its diesel counterpart, although Liebherr declined to say how much more. On the upside, the company says maintenance costs will be reduced. As it is spec’d now, the machine can use a Kelly drive to drill to a maximum depth of 113 feet at a maximum drilling diameter of 59 inches.

The LB 16 is Liebherr’s smallest drilling rig, which added to the complexity of where to place the required batteries. The company eventually placed batteries on the machine’s roof as well as in the traditional engine compartment.

In a field test during a bridge construction job in Austria, users told Liebherr the machine gave them two distinct advantages: Workers no longer had to shout to be heard and the machine produced no emissions. Although the drilling operation has the same noise level, other operations are very quiet, says Alfred Koller with Liebherr. “We want customers to realize there is now an available alternative to a diesel machine,” he says. “Our goal was to be one of the first doing this.”

“The new technology means a change, which ultimately affects the entire company,” Streitz says. “No matter what type of technology is established in the coming years, it will become increasingly ‘electric.’” 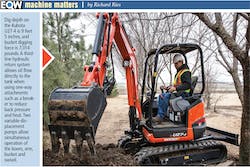 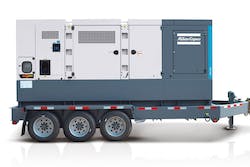 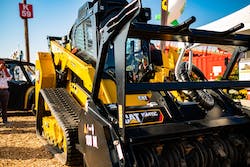 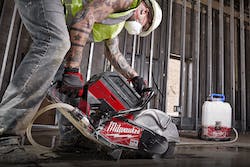