The Association of Equipment Manufacturers (AEM) has released a new ad that urges President Donald Trump to not follow through with his plan to impose tariffs on steel and aluminum imports.

The video includes equipment manufacturing workers voicing how the move will hurt manufacturing jobs and the industry, making it harder to for U.S. companies to compete with foreign equipment makers. The employees, shown in their plants, speak directly to the president in the ad, urging him to “just say no” to steel tariffs.

“It’s not too late for President Trump to reverse course on steel tariffs,” says AEM President Dennis Slater. “That is why our board decided to make a substantial investment in launching this campaign to urge the president to steer away from tariffs that will ultimately hurt equipment manufacturers and cost American jobs.”

The spot will run on “Fox & Friends,” “Hannity” and “Morning Joe” as well as on digital platforms, AEM says.

The ad will run for weeks and target both Trump, as well as Commerce Secretary Wilbur Ross and U.S. Trade Representative Robert Lighthizer.

It comes amid a deluge of intense lobbying against the administration’s tariff plan by foreign corporations, their American counterparts and many interests in the U.S. economy who fear that billions of dollars in trade could be affected, especially should there be trade wars.

Slater and AEM have been vocal opponents of the president tariff plan. Canada and Mexico would be exempted from the 25 percent tariffs on steel and 10 percent tariffs on aluminum. Those countries are renegotiating the North American Free Trade Agreement.

Steel accounts for a substantial portion of equipment manufacturers’ direct costs, and steel prices had already increased in late 2017 due to speculation about tariffs, according to Slater and the AEM board.

The equipment manufacturing industry “is profoundly disappointed at President Trump’s actions”  to advance import tariffs on steel and aluminum, Slater has said in previously urging Trump to back away from the tariffs. Slater says those added costs will need to be passed on and could ultimately hurt sales.

The tariff’s “will be for a long period of time,” the president says in comments released March 1 by the White House. In calling for import tariffs to help the U.S. steel industry, Trump cited “national security” in two proclamations that he signed March 8. 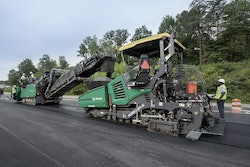 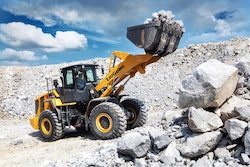 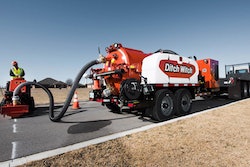