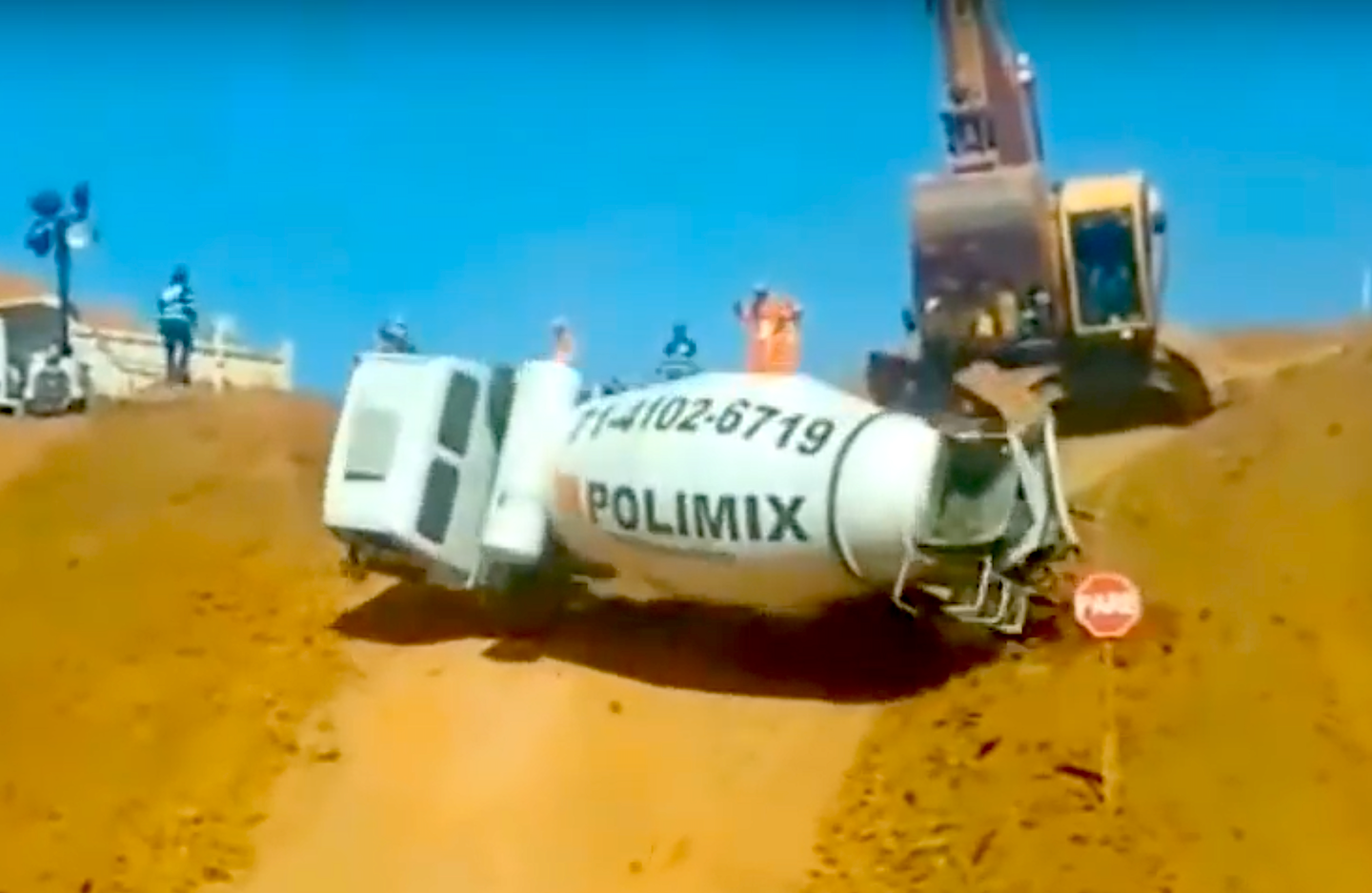 It’s hard to make sense of what causes the tipover accident in the video below, other than poor driving and decision making.

The actual accident occurs about one minute in when, after some shouting between some of the workers standing around a mixer truck approaching the top of a steep bank, the driver places the truck in reverse. The truck moves across the path made in the bank which places the vehicle at an extremely dangerous, perpendicular angle with the incline, not to mention the fact that it nearly collides with a nearby excavator.

As the rear tires of the truck leave the flat surface of the path in the bank, the right rear tires leave the ground entirely, sending the whole truck tumbling. Thankfully those inside the truck weren’t seriously hurt, but they are clearly shaken up as they crawl through the truck’s windshield.