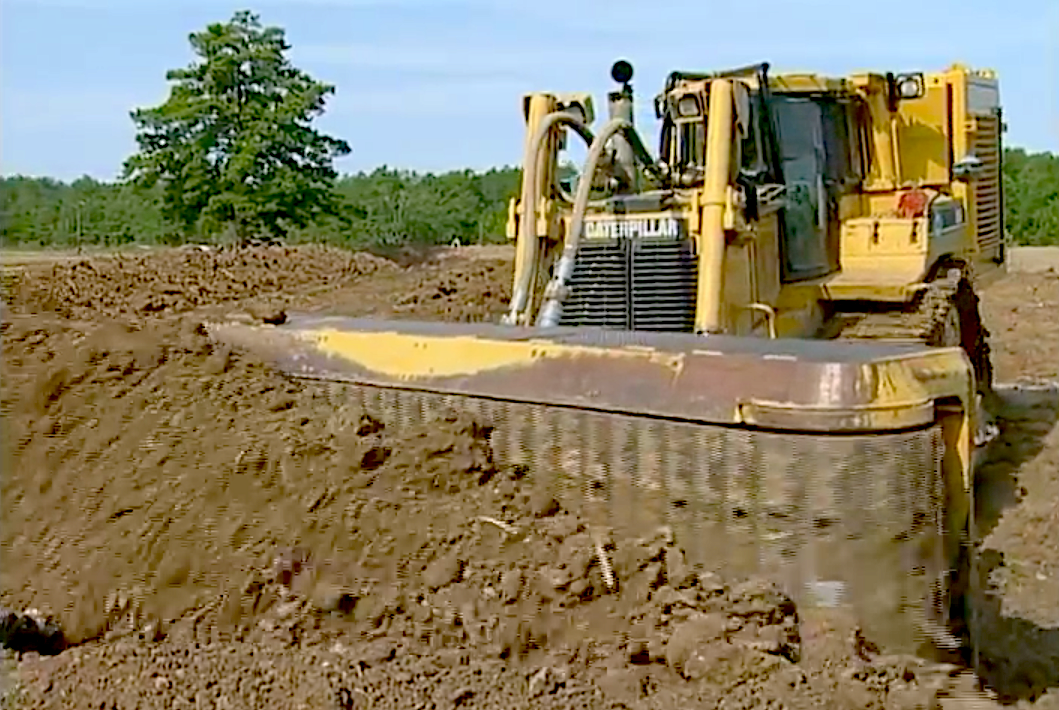 Look at this thing and tell me you don’t immediately want to hop into the cab and see what it can do.

While you might not see a Viking Power Dozer on most jobsites, there probably aren’t many earthmoving jobs that wouldn’t benefit from having it around. This dozer configuration makes quick work of backfilling and soil relocation but also has several military uses like minefield breaching and clearing. The first Power Dozer prototype was built in 1979 and the company built its first military-specific Cat D8N Power Dozer in 1998. The company says the machine’s unique design is the result of nearly three decades of experience in the pipeline construction industry. 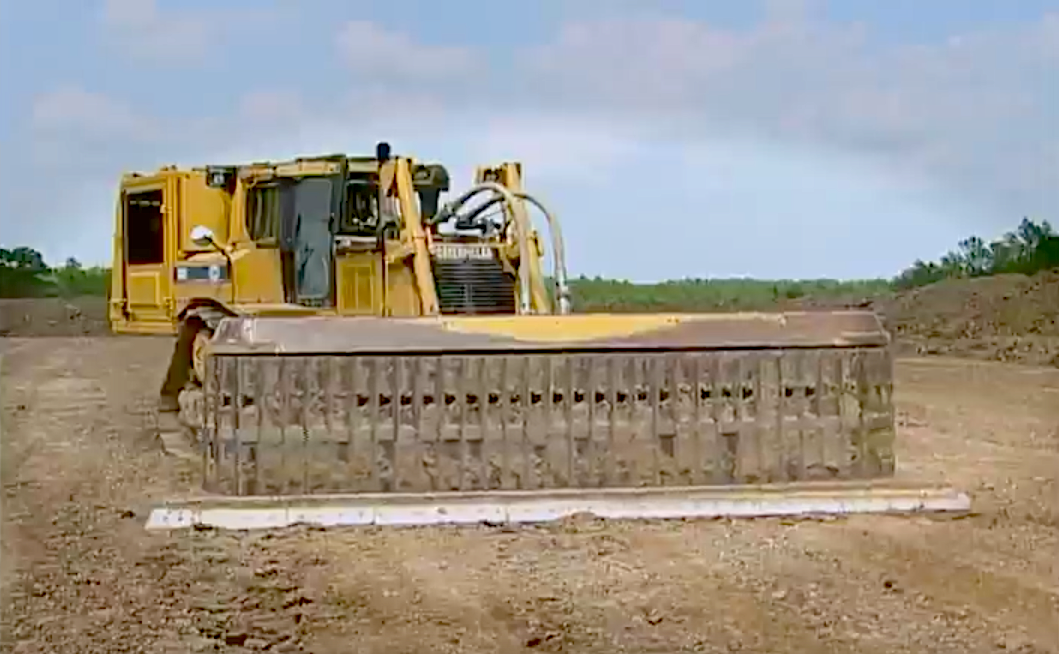 What makes a Power Dozer a Power Dozer is its mechanized blade, which has the appearance of someone rigging an old set of dozer tracks they had lying around to the front of a blade. But look closer and you’ll see that the steel track’s design is flatter, more like a conveyor belt.

The variable speed and reversible belt is driven by two high-torque hydraulic motors and powered by an auxiliary diesel engine mounted on the rear of the dozer. On its website, manufacturer Viking Power Dozer Ltd. (VPDL) says the blade, which can raise, lower and tilt, can load and unload material “at incredible rates,” noting that when equipped, the machine is able to move more dirt than it weighs. 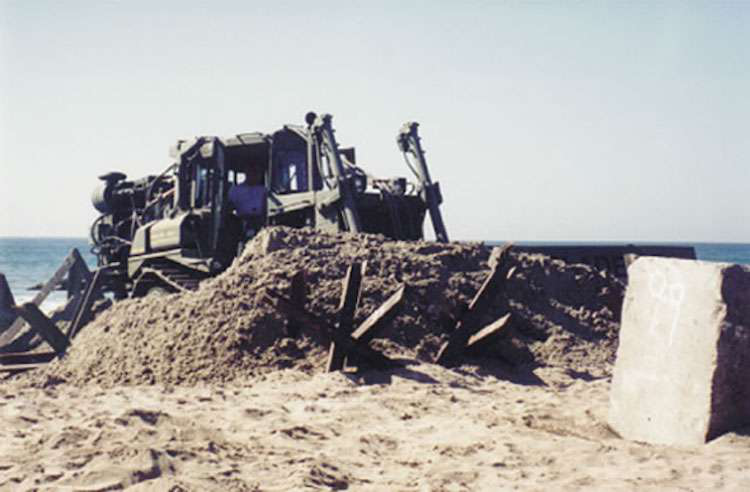 A military variant of the Power Dozer breaching and clearing a minefield “littered with jersey barriers and tetrahedrons.” Photo credit: Power Dozer

But the Power Dozer isn’t all power. It’s also capable of a fair bit of finesse as you can see around the 2:15 mark in the second video below. When backfilling for a pipeline, the blade sends particles falling ahead and under both sides of the pipe while larger chunks of dirt are sent to the far side of the ditch where they can’t damage the pipeline coating. And in soil relocation, the blade allows minimal mix of clays and topsoils. And the soil is replaced evenly without compaction, the company says.

The company says the blade and power unit are easy to install, bolting on to a dozer without requiring any alterations. Check the Power Dozer out in action below.